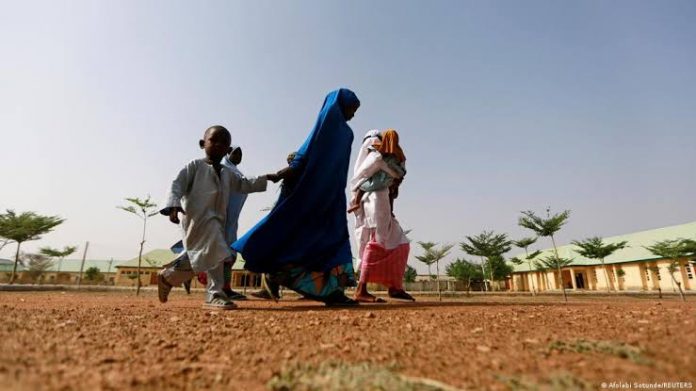 Authorities in Nigeria’s Zamfara state have declared a curfew and shut market activities after violence marred the return of hundreds of kidnapped schoolgirls to their families, a state spokesman said.

Late on Wednesday, gunshots and chaos erupted during what should have been the joyous return of 279 schoolgirls abducted by gunmen from their boarding school last week.

The government secured the release of the girls on Tuesday, but they had been undergoing medical checks and treatment.

At least three people were shot, but it was not clear by whom. A Reuters witness saw police firing tear gas at a group of protesters outside the school, and soldiers shooting into the air, after impatient parents burst in and grabbed their children to take them home.

On Thursday, Zamfara state spokesman Sulaiman Tunau Anka called it “unfortunate civil disobedience” and said the governor had imposed a dusk-to-dawn curfew in the town, Jangebe, to prevent a further breach of the peace.

Anka also said market activities would be suspended until further notice, as authorities had uncovered “strong evidence” that these activities had aided and abetted bandits. He did not elaborate.

“The state government is poised to ensure safety of lives and properties of its citizens at all cost,” Anka said.

Earlier this week, President Muhammadu Buhari ordered a massive military deployment to Zamfara, banned mining and imposed a no-fly zone in the state.

United Nations experts on Wednesday condemned the Nigerian government for the “lack of an effective investigation into the abduction of 344 students from a boys’ boarding school in Kankara, Katsina State, in December 2020 and released a few days later”.

The experts also called for the urgent rehabilitation of traumatised students.

“Social inclusion of these children requires the provision of long-term measures aimed at restoring their physical and psychological well-being,” the UN human rights special procedures experts said in a statement.

“Sensitising families and communities to the importance of reintegration is imperative for them to be able to build renewed social relations … and to overcome stigma.”

Heavily armed criminal gangs in northwest and central Nigeria have stepped up attacks in recent years, kidnapping for ransom, raping and pillaging.

I initially did not have money to acquire the 'La Femme...

'Breaded Life' is the anticipated sequel to 'Picture Perfect' – Biodun...

Nigerian Singer Waje Recounts Her Experience After Banned From Church For...

Insecurity: Nigerians may be forced to carry weapons in worship centres...