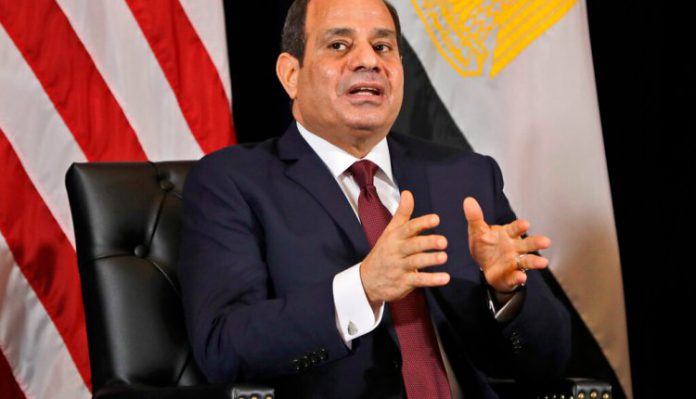 Egypt’s President, Abdel Fattah El-Sisi stated that all athletes who won medals in the just concluded Tokyo Olympics will have roads named after them.

Sisi said this in reference to Faryal Ashraf, who won the medal in karate, and the other 5 medalists praising their relentless effort to fly the Egyptian flag higher.

“Faryal Ashraf raised the name of Egypt, she and all those who won medals in the Olympics, so we will name roads after her and her fellow heroes,” he said.

Other athletes who won medals include; Ahmed Al-Jundi, the modern pentathlon player, who won a silver medal. Saif Issa and Hedaya Malak won Bronze each in taekwondo, Muhammad Ibrahim won a bronze in wrestling, and Gianna Farouk won a bronze in Karate.

Feryal Ashraf, 22, made history to become the first gold medalist for Egypt in women’s karate Kumite +61kg event. She defeated Azerbaijan’s Irina Zaretska 2-0 in the final event of the tournament.

“India Keeps An Eye”: Centre On Chinese Investments In Nepal

Traders at the historic Salt River Market will be excluded from...

Heat Wave Expected in Several Moroccan Provinces as of Friday –...