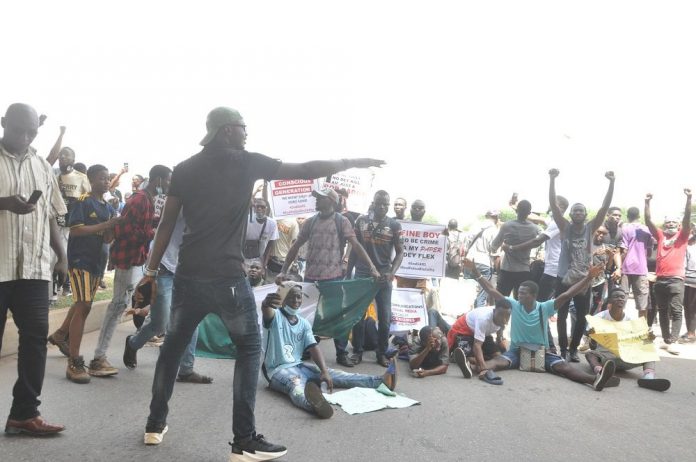 Some #EndSARS protesters have taken to the streets of Osogbo on Monday, December 7, to make the demand that all detained protesters should be released and the Central Bank of Nigeria (CBN) should unfreeze their accounts.

According to The Nation reporter, the protesters who converged at the Ogo-Oluwa area marched to the Osun State House of Assembly and the State Secretariat in Abere.

They were said to be carrying placards which read, “We are not fighting for any political party”, “#End Bad Judiciary in Nigeria”, ” #End fake judicial panel of Inquiry in Osun”, “Unfreeze all the frozen account”, ” We are Nigerian youths” among others.