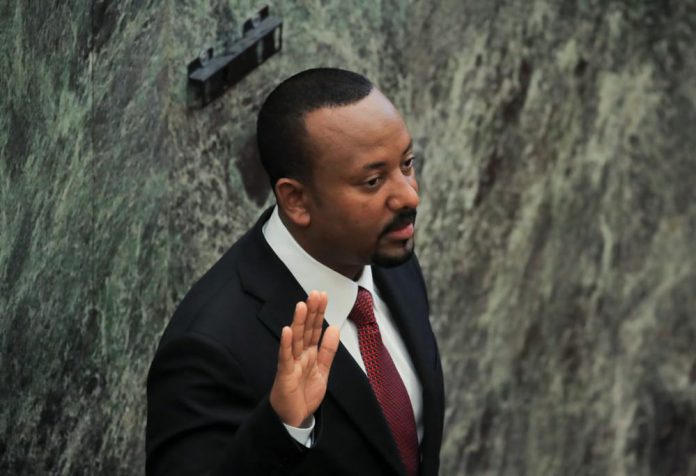 The Ethiopian Prime Minister, Abiy Ahmed, who was sworn in for a new five-year term on Monday, pledged that he would protect the country from foreign interference, amid global criticism over the war in the northern region of Tigray.

His party had a landslide victory in June’s election, cementing his power domestically despite international concern over his government’s handling of the conflict.

In his speech, Abiy denounced the leadership in the northern region of Tigray, where rebellious forces are battling the central government and where the United Nations says hundreds of thousands of people are experiencing famine due to a government blockade of aid. The government denies it is preventing aid deliveries.

The United Nations said on Monday that it stands by the neutrality and professionalism of its staffand again reiterated that it does not accept Ethiopia’s declaration that the officials are personae non gratae.

However, U.N. spokesman Farhan Haq said the U.N. officials had “been moved from the country to ensure their safety.”

The United States has condemned the expulsions and threatened unilateral sanctions against those who obstructed humanitarian efforts.

“It is critical that these individuals be allowed to return to Ethiopia in order to carry out their important life-saving work and duties,” State Department spokesman Ned Price said of the U.N. officials on Monday.

Abiy was appointed prime minister by the then-governing coalition in 2018 and promised political and economic reforms.

Within months of taking office, he lifted a ban on opposition parties, released tens of thousands of political prisoners and took steps to open up one of Africa’s last untapped markets. But rights groups say those freedoms are now being rolled back.