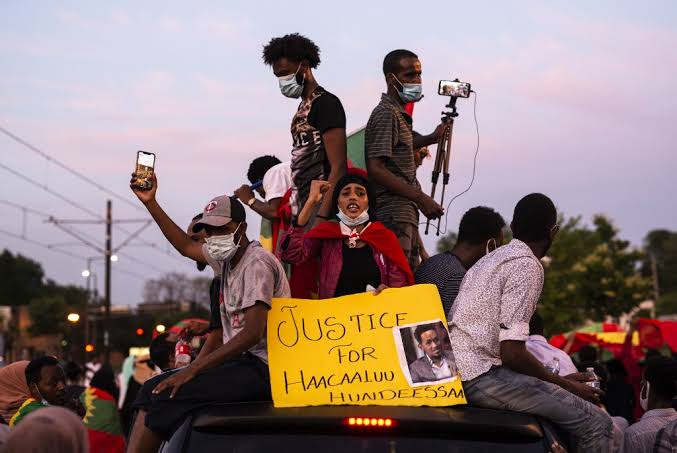 No fewer than 81 have been confirmed dead while many injured in Ethiopia following the murder of a prominent Singer, Hachalu Hundessa from the country’s largest ethnic group stoked tensions that threaten to derail the country’s democratic transition.

According to the Oromia Police Chief, Ararsa Merdasa, “So far 81 people have been killed, including three Oromia special police force members.”

“The motive for the singer’s killing remains unclear. But the police have arrested two people in connection with the killing,” BBC reports state.