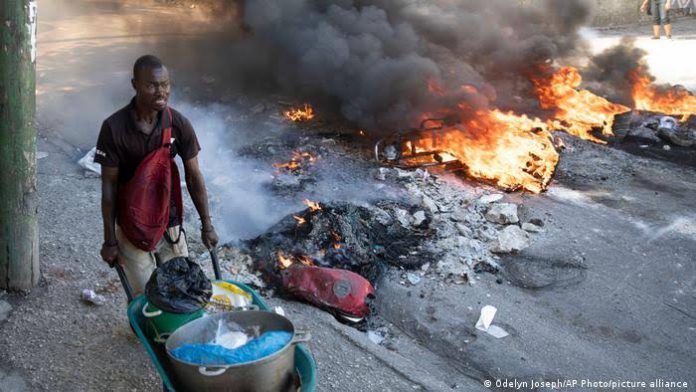 A truck carrying gasoline exploded in northern Haiti, resulting in the death of more than 53 people and causing injury for dozens of others.

Footage shared online showed the aftermath of the explosion with the flames pouring from the wreckage of the vehicle.

According to Prime Minister Ariel Henry, the blast occurred late on Monday, December 13, in the city of Cap-Haitien. He added that three days of national mourning have been declared.

“Three days of national mourning will be decreed throughout the territory, in memory of the victims of this tragedy that the entire Haitian nation is grieving,” Mr. Henry tweeted.

“Field hospitals will be quickly deployed in Cap-Haïtien to provide the necessary care to the victims of this terrible explosion.”

Patrick Almonor, deputy mayor of Cap-Haitien, told The Associated Press that at least 53 deaths and more than 100 injured have been reported following the explosion that burned around 20 homes near the site.

He said he expects the number of deaths to keep rising because people who died in their homes have not yet been counted.

I don’t need your permission to work for Kenyans: President Ruto...