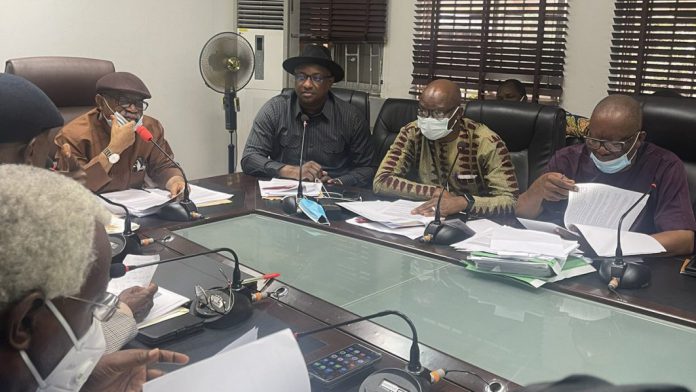 The Federal Government has registered two new trade unions for workers in the university and teaching hospitals in a fresh bid to forcefully reopen tertiary institutions, weaken influence of the Academic Staff Union of Universities (ASUU) and break the ranks of lecturers.

The unions are the National Association of Medical and Dental Academics (NAMDA) and the Congress of Nigerian University Academics (CONUA).

The Minister of Labour and Productivity, Chris Ngige, who spoke while presenting the certificates of registration to the two unions, explained that the two bodies will exist alongside ASUU.

ASUU has been on strike since February 14, 2022, as lecturers of public universities protest unpaid allowances and demand better welfare package from the Federal Government.

Ngige, who approved the existence of the two unions in Abuja, said CONUA’s registration became necessary because they do not believe in the current strike by ASUU. He hinted that CONUA has been seeking registration since 2018.

Ngige noted that the Ministry of Labour and Employment set up a committee to look into the merit of CONUA’s application and has now approved the application having passed the basic minimum requirements.

When the Minister was reminded that the Trade Unions Act clearly states that another trade union cannot be registered by the Minister in a sector where a similar one is already existing, Ngige cited Section 32 of the Act that empowers such registration at the discretion of the Minister.

He hinted that more unions in the universities would be registered in due course, adding, “yes that is what the law says, but there is another proviso that the Minister can register new unions where the existing one no longer serves the purpose it was established.

“We registered pensioners in the contributory pension as a breakaway from the Nigerian Union of Pensioners (NUP) when it was becoming too big and there was restlessness everywhere among the pensioners. The NUP went to court, but the court said the Minister was right in registering another union. I can tell you that after these two new unions, others are coming and we will register them if they meet the requirements.”

The Minister also hinted that university teachers and workers who had been working would be paid after government goes through their claims.

This comes as some members of Non-Academic Staff Union of Educational and Associated Institutions (NASU) and Senior Staff Association of Nigerian Universities (SSANU) have started receiving their September salaries.

Some members who confided in The Guardian in Abuja, last night, said most of their members have indeed received their September salaries though they were unwilling to speak on the outstanding February to August salaries.

Meanwhile, President Buhari had pointedly accused ASUU of complicity in the menace of corruption in the tertiary education sector in the country.

“Incessant strikes, especially by unions in the tertiary education often imply that government is grossly underfunding education, but I must say that corruption in the education system from basic level to the tertiary level has been undermining our investment in the sector and those who go on prolonged strikes on flimsy reasons are no less complicit.”

‘A day for gun cleaning’: Zuma’s daughter calls for Waluś ‘to...