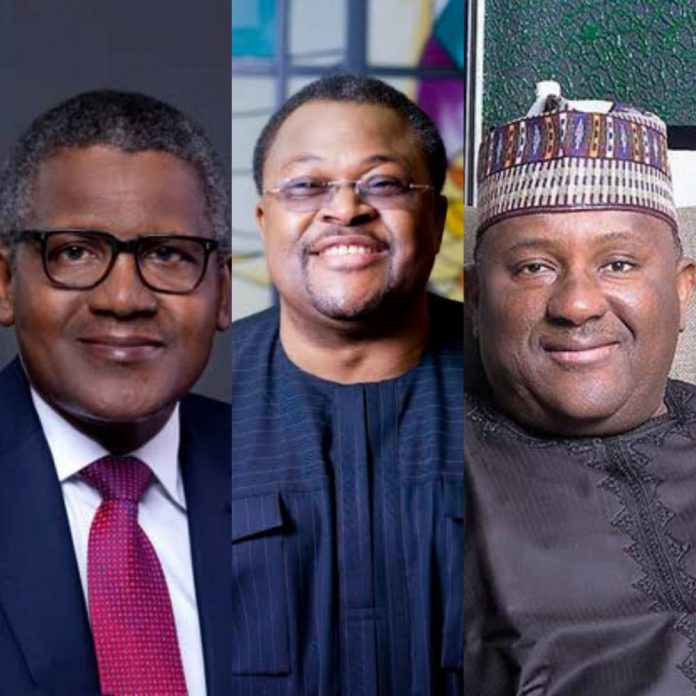 SpaceX owner and Tesla CEO Elon Musk has been declared by Forbes as the Richest Man ever.

Musk’s net worth is now $300 billion, according to Forbes’ real time rankings of the world’s wealthiest people.

Musk has more than a $100 billion lead over second place Jeff Bezos, the Amazon (AMZN) founder.

According to Forbes, Musk’s net worth exceeds the GDPs of Colombia, FInland. Pakistan, Chile and Portugal leading Forbes to declare him as the richest person ever, surpassing the likes of John D. Rockefeller and Andrew Carnegie of the 19th and 20th centuries as well as monarchs and rulers like Mansa Musa of the 13th century Mali Empire and Augustus Caesar — who reigned from 27 BC until his death in AD 14

Meanwhile, Dangote, Adenuga, Abdulsamad Rabiu also made it to the Forbes annual Billionaires list of 2022. They were the only three Africans, all Nigerians, who made the top 500 of the list.

Aliko Dangote is the first African on the list at No. 130, making him the richest man in Africa, with a total earning of $14 billion.

Mike Adenuga, the owner of Globacom, who is number 324 on the list, is the second African on the list, with his $7.3 billion fortune.

Abdulsamad Rabiu, BUA Group Chairman, was listed at number 350 with his $6.9 billion fortune.

Francoise Bettencourt Meyers with her $74.8 billion fortune was ranked as the richest woman on the planet for the second year running. She is number 14 in the general list.

Are the robots taking over business? [Article]

Eskom lowers load shedding to stage 4, but stage 6 is...