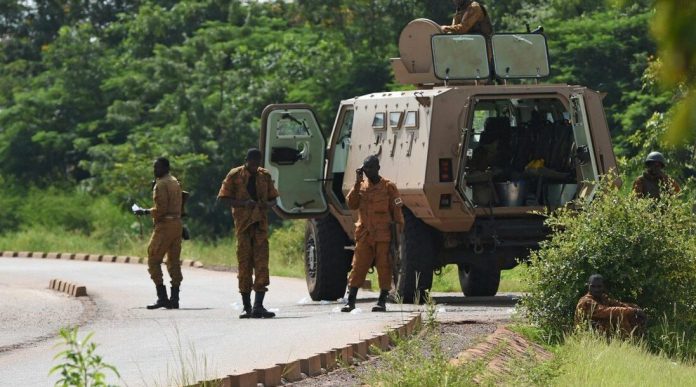 At least four soldiers were reportedly killed on Tuesday, January 11 in an attack blamed on jihadists in northern Burkina Faso.

It was disclosed that The “terrorists” targeted a military detachment between Markoye and Tokabangou, near the border with Niger, using the army’s term for jihadists.

Another source stated that the army counter-attacked, repelling the assailants and killing “some” of them. He added that more soldiers may have died in the clash.

He said a “search and sweep operation” was under way to “hunt down the assailants and search for (soldiers) who are still missing.”

Markoye, in Oudalan province, is in the heart of the so-called tri-border area — a flashpoint zone where the frontiers of Niger, Burkina Faso, and Mali converge that is a hotbed of groups linked to Al-Qaeda and the Islamic State group.

Meanwhile, not less than 13 civilians including two volunteers working for the army’s anti-jihadist campaign were killed in northern Burkina Faso last week.

It was gathered that such attacks have claimed more than 2,000 lives and forced more than 1.5 million people to flee their homes since 2015.

Privileges Committee will go ahead with probe on absentee MPs case...

”This is how it is supposed to be”- Nigerian Reacts to...