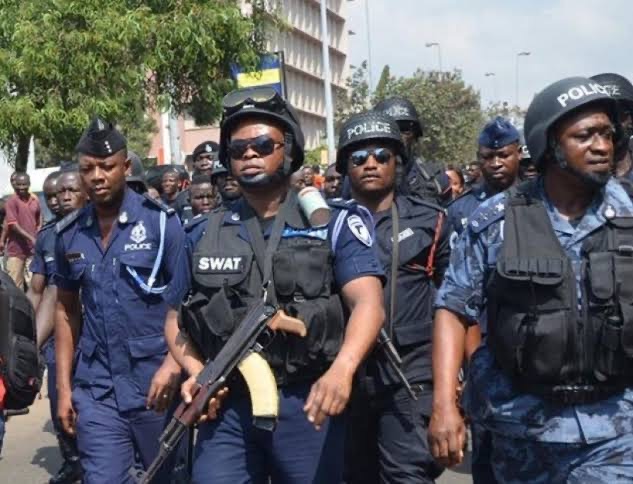 Ghanaian police on Friday said they had detained 21 people they suspected of promoting an LGBT+ agenda at an unlawful assembly in the southeastern city of Ho.

LGBT+ people face widespread persecution in the West African nation where gay sex is punishable with up to three years imprisonment.

The 16 women and five men were arrested on Thursday at a hotel for nurses and midwives, the police statement said, alleging they had gathered to advocate LGBT+ activities with books and flyers with titles including, “Coming out” and “All about Trans.”

The detainees will appear before a court on June 4.

Rights organisation Rightify Ghana said the group had met to share insight on how to document and report human rights violations being experienced by LGBT+ Ghanaians.

“The press teamed up with the police to storm the meeting location, started taking images, took their belongings and arrested them,” it said in a post on Twitter.

“We are calling on the Ghana Police Service to #ReleaseThe21,” it said.

Ghana has not prosecuted anyone for same-sex relations in years, but LGBT+ people face frequent abuse and discrimination, including blackmail and attacks, human rights researchers say.

I refuse to bow down to publicity prank – Sista...

Group charges South-East Governors on pragmatic solution to insecurity in the...