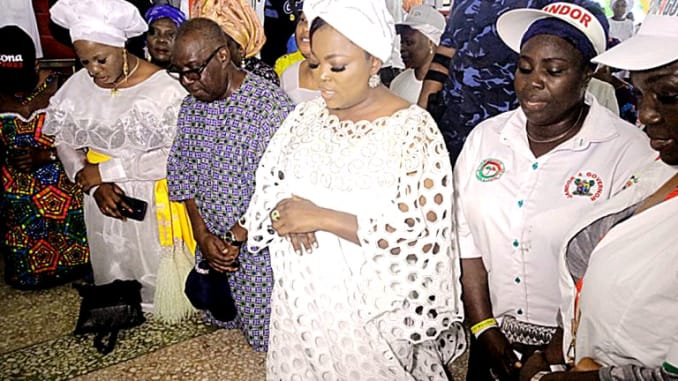 “God has been with me from infant till I went to school and till now. He chose me to be the deputy governorship candidate of the PDP, despite the crowd that struggled to be chosen.

“I give God all the glory for what he has done. God has always been doing the best for me.

“We were called by God, if not we would have backed out. People have suffered but God has called us and put us forward to come and change the story of Lagos state to better. The success of Lagos state is ours.”

Meanwhile, Snr Apostle Akinwale Pearse, the Chairman, Caretaker Committee of the church, urged members of the church to pray to God to fulfil the aspirations of the deputy governorship candidate.

Hunyinbo urged the deputy governorship candidate and her principal to live the talk and fulfill all the promises made to the people during their campaigns if they emerged victorious in 2023.

Adediran and Akindele flagged off their campaigns on Wednesday to begin the tour of 245 wards across the 20 local government areas of the state.

ActionSA to put forward its own mayoral candidate to replace DA’s...