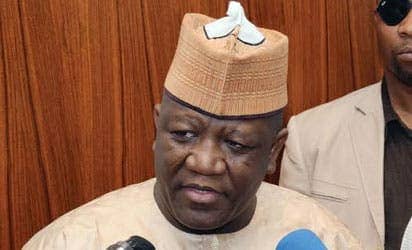 A group under the umbrella of Patriots for the Advancement of Peace and Social Development (PAPSD) has charged the Chairman of the Economic and Financial Crimes Commission (EFCC) Abdulrashid Bawa to walk the talk by arresting and prosecuting the former Governor of Zamfara State Abdulazeez Yari and his cohorts over alleged diversion of N37.4 billion promissory notes being the refund of the rehabilitation of Federal Government roads in Zamfara State.

The group stated that Bawa during his Senate screening had vowed to bring to book all corrupt officials without fear or favour, noting that it had written several petitions to the Commission without any action from the agency.

The group, however, called on the new EFCC boss to investigate the fraudulent misappropriation and diversion of the N37.400,263,782:33 billion promissory notes belonging to Zamfara State as a refund for federal roads projects executed by the state government.

Shinkafi pointed out that those to be prosecuted by the Commission include the former governor, Abdulazeez Yari, his commissioners, branch manager of UBA in Zamfara, DMO office, and others.

The petition to the EFCC reads: “I hereby wish to forward a petition to the Commission for a thorough investigation and possible prosecution of the case of the fraudulent and criminal diversion of the N37,400,263,781 being the promissory notes which were issued by the Federal Government through the Debt Management Office ((DMO).

“The promissory notes were however discounted to the United Bank for Africa (UBA) by former Governor Abdulazeez Yari ahead of the maturity dates without the approval of the State Executive Council or the resolution of the Zamfara State House of Assembly. The Zamfara State government lost billions of naira after the promissory notes were acquired at undisclosed discounted rates.

“In his desperate bid to cash out the N37.400,263,781 that has not matured he terminated the deal by signing up undisclosed discounted rate percent per annum. We call for the investigation and possible prosecution of the following people for their active roles in the misappropriation of the promissory notes belonging to the good people of Zamfara State.

He noted that the question for determination is why the hurry to cash out the money before the maturity dates, stressing that the former governor Yari should explain what he did with the money he collected after making the state lose billions of naira as a discount.

“We hereby urge the Commission to invite the above-mentioned persons for interrogation, investigation, and prosecution” he added.

Technology Innovation Institute Appoints Globally-Renowned Experts to Board of Advisors at...

We will Sue Northern Governors, NASS over Social Media Bill –...