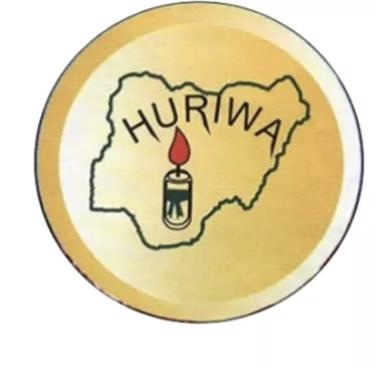 (HURIWA) has raised the alarm that the ongoing online registration of prospective voters by the Independent National Electoral Commission (INEC) may have been heavily compromised and probably hacked going by the suspicious figures being bandied by the officials as the statistical entries of the completed registrants so far.

“We appeal to the ebullient and resourceful Chairman of the INEC, Professor Yakubu Mahmood to order the immediate investigation into these very serious suspected breaches.

HURIWA acknowledged the fact that INEC’s management supports the independence of INEC by the show of courage and patriotism they have shown so far in stating the fact that the institution is capable of transmitting the results of elections electronically contrary to the lies told by the National Assembly and the National Communications Commission (NCC) that intend to erode the constitutional independence of INEC, stressing that it is expected that the Chairman will guide against any technological breaches that may undermine the integrity of the voters’ registration process “.

Citing the case of Osun State, HURIWA, in a statement by the National Coordinator Comrade Emmanuel Onwubiko and the National Media Affairs Director Miss Zainab Yusuf, called for a comprehensive investigation, said the figures recently released by the Independent National Electoral Commission, (INEC) as the updated the figures of eligible voters who have registered in the ongoing Continuous Voters Registration (CVR) being conducted online certainly appears twisted and doctored to favour certain political power centres across the country.

Quoting INEC, HURIWA said a breakdown of the statistics uploaded on the Commission website recently gave Osun State 67,773 out of the total figure of 203, 497 eligible voters who have registered within a week of the start of the online phase of the Continuous Voters Registration at the beginning of July 2021.

According to data released by INEC, Osun State is trailed by another southwest state, Lagos which has 30,338 followed by Ogun State with 8,886.

The Rights group, which faulted this demography of the released updated figures of online registered potential, has therefore called for immediate, transparent and accountable forensic investigation of the process because it is inconceivable that Osun has these figures allotted to it but Anambra State with a highly anticipated Governorship Election that is only a few weeks away is not even mentioned in this edited and heavily doctored statistics of voters already enlisted by way of the ongoing online registration.

“HURIWA believes that it appears that some political heavyweight has infiltrated the ongoing voter registration process to the extent that there is a systematic manipulation of the process of online pre-registration of voters, hence emerging statistics. Otherwise, it beats imagination that Osun State recorded such a hyperbolic figure compared to other states where off-season governorship elections are expected to hold.

“Although a section of the media quoted sources at INEC as attributing the Osun high figures the forthcoming 2022 governorship election in the State, we in HURIWA see this half-baked justification as puerile and distasteful because the reason advanced falls flat on its face when it is considered that Ekiti State, which is also expected to conduct Governorship Election next year, has a meagre 2,734 as prospective voters. Also, Anambra State with a heated gubernatorial poll in another three months is nowhere near the Osun State magic figures. Ogun State is trailing Lagos with 8,886, eligible voters who have taken advantage of the online platform for registration. The North-West State of Kano which had the largest number of Voters in the 2019 general elections has recorded 2, 988 so far.”

HURIWA is therefore warning INEC to be non-partisan, neutral and conduct the voters’ registration with an abiding faith in the PRINCIPLE OF RULE OF LAW and every iota of diligence and scrutiny so as not to push Nigeria into a state of instability because the year 2023 National election is virtually a referendum on the Nigerian nation-state.

It calls on INEC to investigate Osun figures and not hesitate to sanction any of its staff or agents found wanting.

It nevertheless enjoins eligible Nigerians to take advantage of the eligible registration of voters, which starts on Monday, July 26, 2021, to register in order to be in a position to decide Nigeria’s leadership at state and federal level levels in both the off-season elections and the 2023 general election.