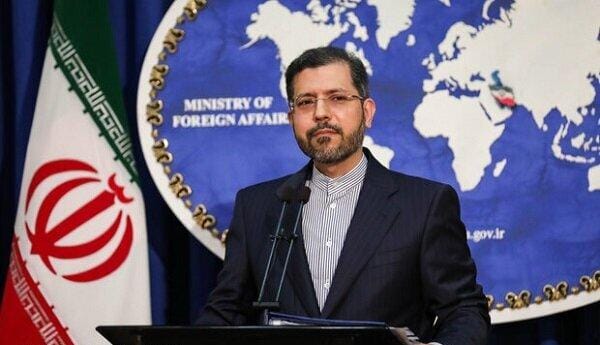 The spokesperson of Iranian Foreign Ministry, Saeed Khatibzadeh condemned the forced deportation of asylum seekers from UK to Rwanda, describing it as ‘a historic shame’ for British government.

Saeed Khatibzadeh reacted to the forcibly deportation of asylum seekers from Britain to Rwanda and the news about Iranian citizenship of some of these asylum seekers, stating that what is happening is a historical shame for UK government and all those who have made their utmost efforts to cover up their colonial history.

“Forced deportation and transfer of asylum seekers to the third countries and silence of countries as claimants of human rights and responsible international bodies are a source of shame and a clear violation of refugee rights,” Khatibzadeh said.

The government of Islamic Republic of Iran noted that within the framework of its sovereign duties, that rights of these individuals must be respected under 1951 Convention and the relevant protocol and their deportation to third countries is a dangerous procedure.

“As Iran, despite all hardships and economic pressures, is hosting millions of citizens from other countries, including Afghanistan, it is a matter of regret that claimants of human rights cannot tolerate to receive some thousands of refugees and asylum seekers,” Khatibzadeh criticized.

“The transfer of people outside of British territory is in contravention of the spirit and text of the Refugee Convention.

“This British plan to put its responsibility toward refugees on the shoulder of a third country exposes the refugees to violations of the rights mentioned in conventions on refugees and human rights agreements and completely ignores human and moral considerations.”