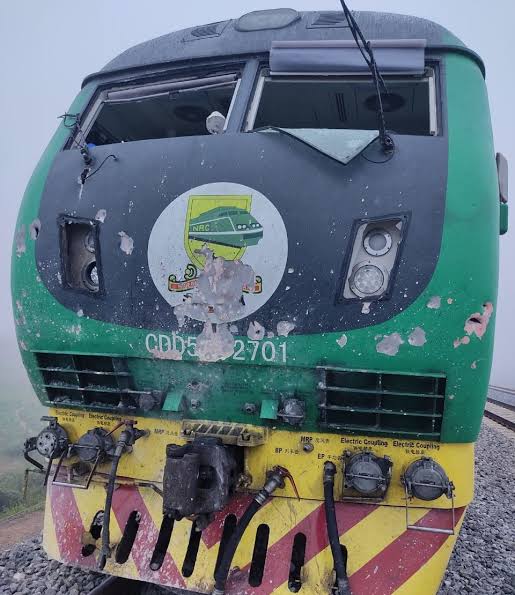 The Nigerian Railway Corporation (NRC), has disclosed that out of the 362 passengers that were onboard the attacked Abuja-Kaduna train, 146 persons are unreachable while the number of safe passengers had increased to 186.

It will be recalled that bandits attacked the Kaduna-Abuja train last week Monday, killing some persons and abducting some.

Okhiria also disclosed that 22 individuals are recorded to have been missing by their relatives, while 8 persons were ascertained to be dead.

He noted that the announcement is strived at letting Nigerians know the latest on the ongoing effort regarding the clearing of the incident site which includes recovery of the rolling stock, repairs of the track, and the level of passengers that were onboard the AK9 affected train.

The NRC MD said that two coaches – SP 00016 and SP 00017 that were earlier re-railed have been shifted to Rigasa Station safely, making the total number of recouped coaches safely moved to NRC stations to be seven.

Okhiria noted that the Corporation will not stop updating Nigerians on the latest developments about the incident to avoid misinformation.

Okhiria appreciated defense agents for their support and the visit paid by the Squadron Commander MOPOL 1 Kaduna to the accident scene.

IEBC assures its IT system cannot be hacked