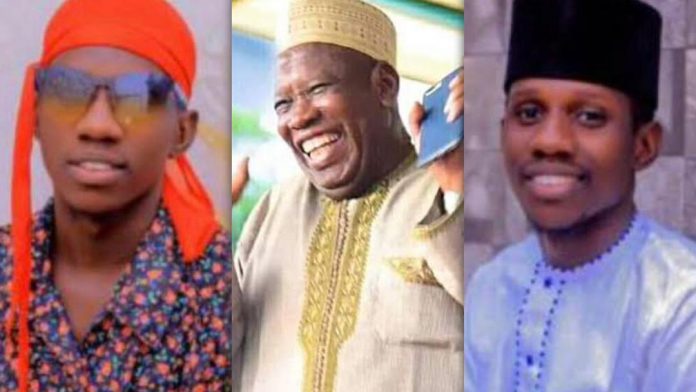 The Magistrate Court sitting in Kano state has presided by Aminu Muhammad Gabari on Monday, November 7, 2022, ordered 40 strokes of Caine on two skit makers, Mubarak Isa Muhammad (Uniquepikin) and Nazifi Muhammad Bala for the defamatory statements made on the state Governor Ganduje on their Tiktok accounts.

The court also ordered the duo to sweep and wash the toilets of Nomansland Magistrates Court premises for 30 days.

“They will receive 20 lashes each, to be administered in the public. They should also sweep and wash the toilets of Justice Aloma Mukthar Court Complex in No-man’s-land,” the judge ruled.

However the two convicts pleaded guilty to a two-count charge of defamation and inciting public disturbance slammed against them.

The First Information Report stated that the duo posted on their Tiktok account that Ganduje does not see a land without selling it and he sleep a lot.

Based on that, the prosecutor, Barrister Wada Ahmad Wada and Principal State Counsel, Kano State Ministry of Justice applied for a summary trial against the duo.

n the video, they referred to Ganduje as a “corrupt politician” who sold every available plot of land in the state.

In the video, they referred to Ganduje as a “corrupt politician” who sold every available plot of land in the state.

“This is a chapter that is talking about Ganduje. And who is this Ganduje? He is a husband to an influential woman and a father to an Arabian. And he is also from Kano state. The qualities of this Ganduje are as follows: He is a governor that loves to sleep,” they said.

“But he has become a suspect in the eyes of the people of Kano. To say a few of his qualities and talents, whenever he sees a piece of land in Kano he is definitely going to take his share. To explain this further, it is either he makes it available for sale or sells it off completely, but in the end, something questionable must occur.”

Lady arrested for kilng her 86-yrs-old neighbor during a fight in...