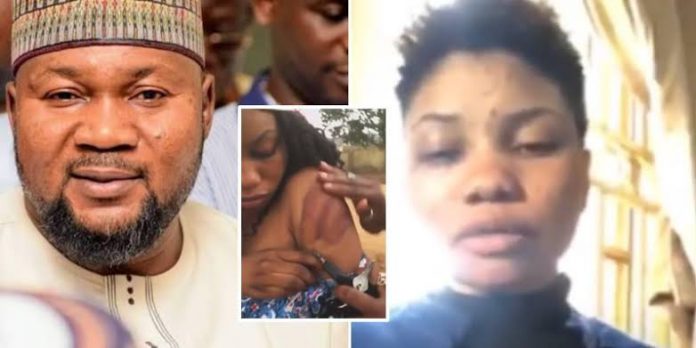 The Kogi State Commissioner for Water Resources, Abdulmumuni Danga, is to be arraigned in the Federal High Court in Abuja on a seven-count charge of rape following his alleged assault of one Elizabeth Oyeniyi earlier this year.

Premium Times reported how Ms Oyeniyi accused Mr Danga of brutalising her after he allegedly raped her multiple times on March 29.

The 23-year-old, showing her severely blistered arms and thighs, told PREMIUM TIMES she was targeted after posting a comment about the commissioner’s stepsister, who has been her friend for years, on Facebook.

In an interview she granted shortly after the incident, Ms Oyeniyi told Premium Times that Mr Danga personally flogged her and said he could have killed her but for her young son who was with her.

She said the commissioner then stripped her while at least 15 men, who worked for him, watched. The suspected thugs also allegedly filmed her nude as she was being whipped and humiliated.

After the attack, Mr Danga drove her to a hotel close to the Kogi State House in Lokoja, the state capital, where he allegedly forcefully raped her three times overnight, the victim claimed.

While Mr Danga denied the allegations, activists, rights groups, including Dorothy Njemanze Foundation, mounted pressure on the police for an investigation. The group also called on the Kogi State government to sanction Mr Danga. Afterwards, the state had promised to launch an investigation into the matter.

Meanwhile, five months after, the police have instituted a criminal case against the commissioner after inviting all parties involved.

Records obtained by Premium Times showed that Mr Danga appeared in the police headquarters in Abuja on June 2 and July 5 for interrogation. He made statements on the two visits. 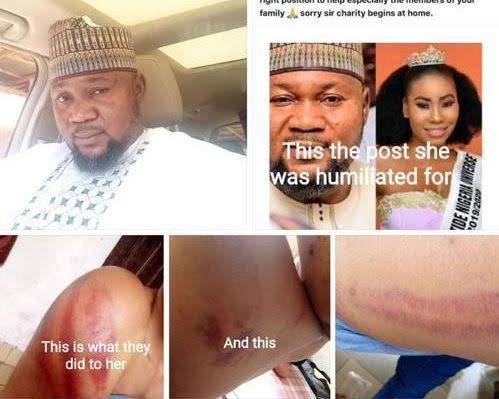 According to the documents for service obtained by Premium Times, Mr Danga was charged on seven counts, including rape, brutality, coercion and torture at the High Court of the Federal Capital Territory, Abuja Judicial Division.

He is to be arraigned alongside one Success Omadivi, 35, who was also indicted in the course of the investigation.

The case filed on September 4 will be prosecuted by the police on behalf of the Federal Government of Nigeria.

The offences levelled against Mr Danga include falsification of documents and threatening medical officer to forge test result, having carnal knowledge of Ms Onyeniyi without her consent, inflicting physical injury and torture by flogging.

All are contrary to multiple sections of the Violence Against Persons (Prohibition) Act, 2015.

“That you ABDULMUMINI DANGA ‘M’, SUCCESS OMADIVI ‘F’ with other persons now at large; on or about the 29th day of March 2020 at Lokoja; within the jurisdiction of this Honourable Court did falsify an audio recording purporting same to be a lady talking to another female saying that Elizabeth Onyeniyi ‘F’ confessed to her that she was not raped by the Defendant, ABDULMUMINI DANGA ‘M’ but that it was Natasha that asked her to say she was raped; and thereby committed an offence contrary to section 7 Of the Violence Against Persons (Prohibition) Act, 2015, ” the charge sheet read in parts.

Justifying the transfer of the case to Abuja, the police officer who conducted the investigation, Amaka Okoh, stated that if the case is tried in Lokoja or anywhere in Kogi State, there is a strong likelihood Ms Oyeniyi and other witnesses may be victimised by Mr Danga, who is a politician.

“That in view of the above security concern, is desirable that this matter be tried in the Federal Capital Territory High Court, Abuja,” Mrs Okoh said in an affidavit she signed and submitted to the court.

COVID-19: Saudi Arabia donates Medical Items worth $1b to Nigeria