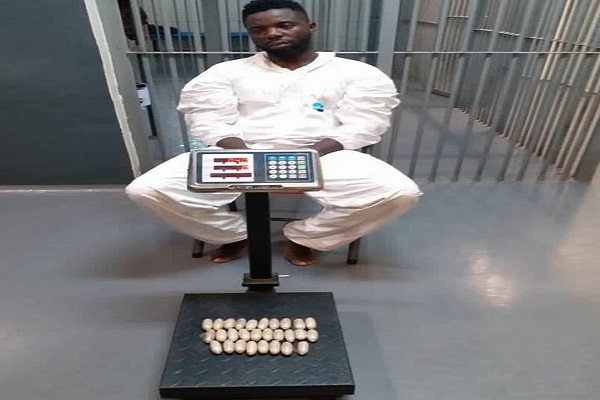 A Federal High Court in Lagos has sentenced a 34-year-old man, Chukwudi Destiny to six years imprisonment for trafficking 1.3 kilogrammes of heroin.

Justice Ayokunle Faji, who convicted Destiny last Friday, held that his jail term commenced from April 10, 2021, when he was arrested.

The judge also ordered the Nigerian Immigration Services (NIS) to confiscate the convict’s international passport and not issue another one to him unless he received a presidential pardon.