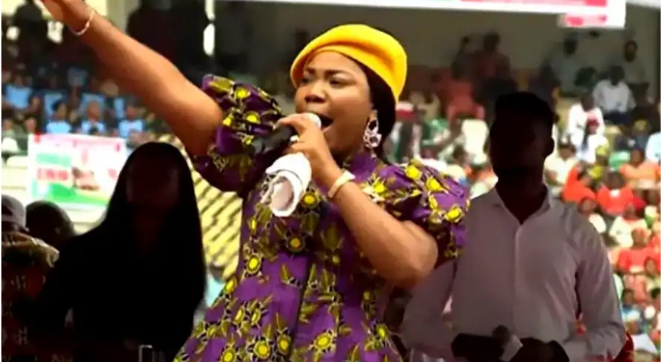 Political parties are wont to invite secular artistes and comedians to spice up their rallies but the PDP in Akwa Ibom departed from the norm with Chinwo’s performance.

The Port Harcourt-born songster, with her signature beret, mounted the colourfully decorated podium at exactly 01:12 pm and became the cynosure of all eyes as her mellifluous voice blended with the sweet rhythm of musical instruments to produce harmonious tune.

For over 11 minutes, the 32-year-old dazzled Akwa Ibom State Governor, Udom Emmanuel; his wife, Martha; and thousands of party loyalists in the state to gospel songs in local dialect and pidgin Englis

Some of the songs she sang include ‘See the way you love me…’; ‘Jesus, you love me too much’, amongst other

“Sister Mercy, this is electrifying,” the governor enthused in his speech after her ministration.

Who leads NPP for 2024 presidential election?