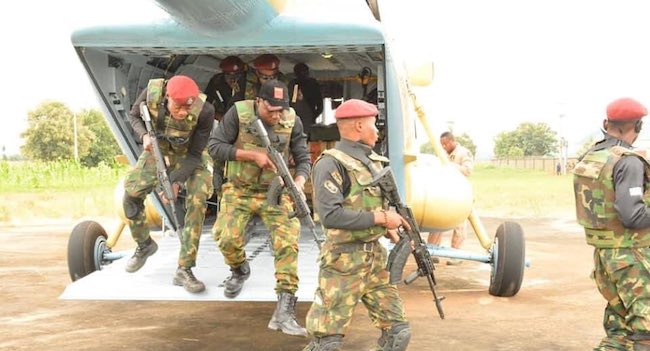 The Nigerian Air Force rescued some abducted women and other persons in Igabi local government area of Kaduna State on Sunday, May 23.

The state’s Commissioner for Internal Security and Home Affairs, Samuel Aruwan, made this known via a statement in Kaduna.

The commissioner said, “While they were trying to escape with their victims, a Nigerian Air Force fighter jet on aerial patrol quickly spotted the bandits’ location and rescued the kidnap victims.

“The armed bandits were moving with the large number of women kidnapped from Ungwan Najaja when the air platforms traced them to the outskirts of the village.

“On sighting the air platforms and conscious of air interdictions following warning shots, the bandits scampered into the forest and abandoned the women.”

He revealed that the bandits also injured one Hamza Ibrahim while moving out of the village with the kidnapped women.

US President, Biden to meet with Kenyatta