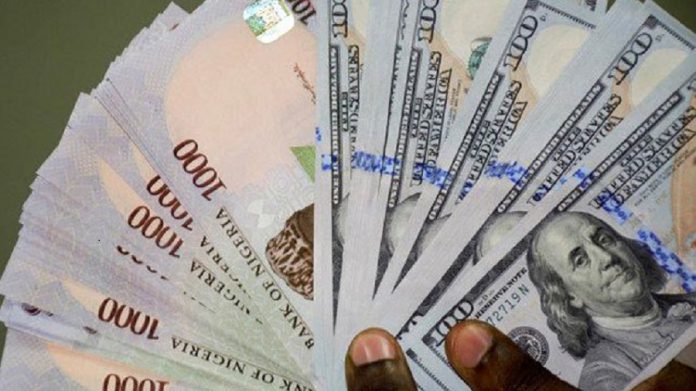 Naira weakened against the U.S. dollar at the parallel market on Wednesday after maintaining stability in the previous session of the market segment.

According to abokiFX.com, a website that collates the parallel market rates in Lagos, the currency exchanged hands with the greenback currency at N535. 00 per $1.

This represents a N3.00 or 0.56 per cent devaluation from the N532.00 it traded in the previous session on Tuesday.

Similarly, the local unit weakened against the U.S dollar at the official market on Wednesday as foreign exchange supply rose significantly.

According to data posted on FMDQ securities exchange window where forex is officially traded, naira exchanged hands with the hard currency at N411.50 per $1 at the segment.

This implies a N0.83 or 0.20 per cent depreciation from the N410.67 rate it traded in the previous session on Tuesday.

Meanwhile, foreign exchange supply increased by 130.60 per cent with $295.39 million recorded at the market segment as against the $128.11 million posted in the previous session on Tuesday.

The domestic currency touched an intraday high of N400.00 and a low of N412.16 at the trading session before closing at N411.50 at the close of business on Wednesday.

The spread between the both market rates was said to be N123.50 as of the close of business on Wednesday, which leaves a disparity of 23.10 percent.

Be decisive and alert in countering insurgency, COAS charges troops