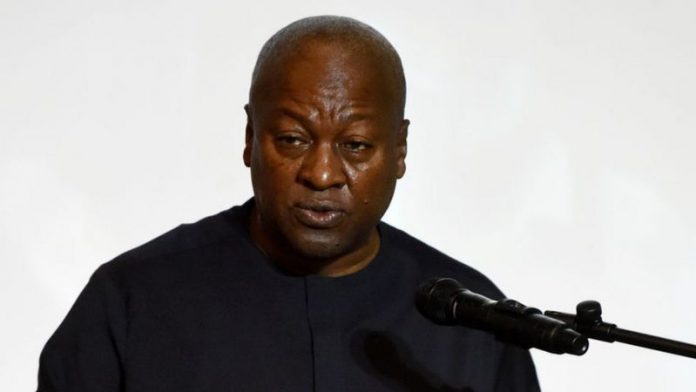 The President of Ghana, Nana Akufo-Addo has been re-elected on Monday after a tensely contested election due to a close gap between him and his main rival.

According to the official result, Mr. Akufo-Addo got 51.6% of the vote, compared with 47.4% won by his main rival, ex-President John Mahama.

It was gathered that it was the third time the two politicians had faced each other in a presidential election.

According to AFP, the re-elected now faces the challenge of tackling high levels of unemployment and boosting the economy, which has been badly hit by the coronavirus pandemic.

This is Ghana’s eighth presidential election since its constitution was redrawn in 1992. John Mahama was president until 2016 and has been defeated by Mr. Akufo-Addo for a second time

Mr. Mahama was president for four years until 2017 when he was succeeded by President Akufo-Addo. Both contests were determined by small margins.

Due to the coronavirus pandemic, the country’s usual political rallies were postponed during the race. The candidates had to make use of social media, radio, and television for their campaign purpose.

The more pressing worry in the country is the probability of coronavirus cases rising. This is because the politicians threw caution into the wind in the last days of campaigning as they met crowds of voters.

Meanwhile, Ghana has reported more than 50,000 Covid-19 infections, with at least 300 people succumbing to the virus.

My husband beats me, says I eat too much – Wife...

Baba Ijesha’s lawyer speaks on reasons his client is still in...

COVID-19: January will be a tough month, NCDC Declares