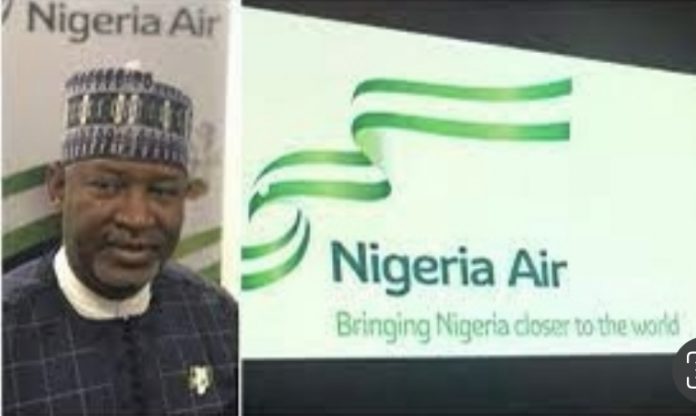 The Minister of Aviation, Hadi Sirika revealed that the nation’s proposed national carieer, Nigeria Air, will take off by April 2022.

The minister announced the take-off date while briefing state house correspondents after the federal executive council (FEC) meeting at the presidential villa, Abuja on Wednesday, November 24.

The Minister stated that when the national carrier begins operations, it will create about 70,000 jobs for Nigerians.

“Today (Wednesday) in Council civil aviation presented two memoranda. The first one is approval for the award of contract for the provision of Automated Civil Aviation Regulatory Equipment, including software support and training, which will be located in Nnamdi Azikiwe International Airport

The next one also is approval of the outline business case for the establishment of the national carrier and this is the sixth time the memorandum appeared before Council. The sixth time, we got lucky to be passed by Council.

The structure of the proposed airline; government will be owning not more than 5%. So 5% is the maximum equity that government will take, then 46% will be owned by Nigerian entrepreneurs. So, if you add that, it’s 51%. So, it’s 51% majority shareholding by Nigerians and then 49% will be held by strategic equity partner or partners that will be sourced during the procurement phase, which is the next phase.

This airline, if started, and within the first few years will generate about 70,000 jobs. These 70,000 jobs are higher than the total number of civil servants that we have in the country. Its importance had been well discussed so, I’ll not go back to it.

In response to whether the April date takeoff for the air carrier is certain, Sirika said

It is our hope and desire that it starts on April. It can be sacrosanct records but it’s dependent upon other factors, since we are going to the market right away.”

Mbappe’s Double Sends France To Round Of 16