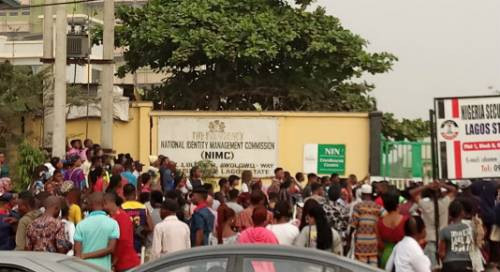 The Federal government of Nigeria has insisted that the deadlines given for the registration of all Subscriber Identification Modules with valid National Identity Numbers were still in force.

It should be recalled that in December 2020, the Federal government issued a directive to all mobile network providers to block telephone lines that are not linked with a valid NIN number. This has resulted into seeing lots of Nigerians crowding the various NIN registration centers to get their numbers.

In a chat with Punch, the Director, Public Affairs, of the Nigerian Communications Commission NCC, Ikechukwu Adinde, said the deadline was still in force.

“The deadlines are still in force; there is no update for now, and just like I told you last week, if there is any change, it will be communicated,” he said.