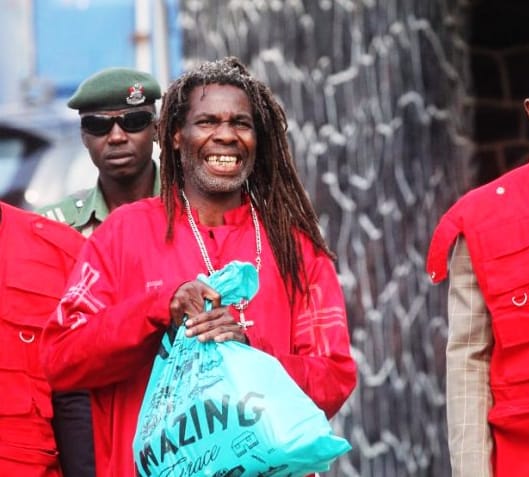 A Lagos-based prophet, Cletus Ilongwo has been sentenced to seven years imprisonment for defrauding his church member of N59.7 million.

It should be recalled that in 2018, The EFCC arrested and arraigned Ilongwo, the presiding pastor of the Power of the Holy Ghost Evangelical Ministry in Lagos, for defrauding a member of his church after the member had reported a case of fraud against him to the tune of N 85 million.

According to the church member, Ilongwo’s action cost him his job in one of the first-generation banks in the country (read here).

Ilongwo, was found guilty of seven counts charges bordering on fraud and stealing.

Delivering judgment, Justice Sherifat Solebo ordered the forfeiture of the convict’s property situated at No. 3 Popoola Ajayi St., Diamond Estate in Amuwo Odofin, to the complainant.

“His Toyota Prado is also to be forfeited to the Federal Government as restitution to settle the complainant,” Solebo said.

The Economic and Financial Crimes Commission (EFCC) submitted that the convict on January 29, 2016, defrauded a former member of his congregation, one Mr Obinna Ezenwaka.

EFCC counsel, Nwandu Ukoha, told the court that Ilongwo collected the sum in tranches through his bank.

Ukoha said that the convict received the amount from Ezenwaka on different occasions in 2016 on the pretext of helping him to purchase a property located at 165c Diamond Estate, Amuwo Odofin, Lagos.

The defence counsel, Mr Albert Imolodia, in his allocutus, informed the court that the convict was a first-time offender.

“He is a family man who has people that rely on him for their survival. We pray the court to temper justice with mercy,” Imolodia said.

The EFCC counsel, however, urged the court to give the convict the maximum sentence as required by law and a restitution order in line with the Advance Fee Fraud Act.