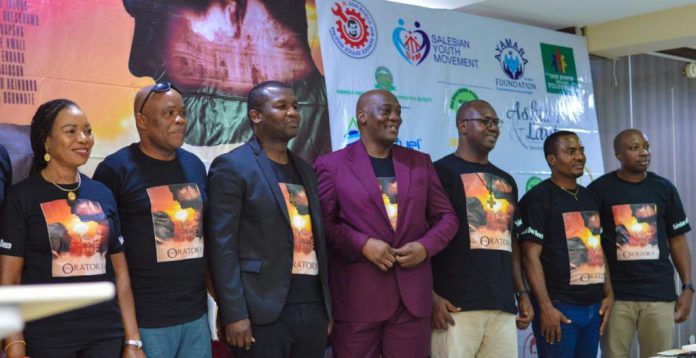 In a bid to raise awareness amongst key stakeholder publics on the plight of homeless and street children throughout Nigeria, the Nollywood Factory in collaboration with Salesians of Don Bosco has launched its latest movie project – The Oratory.

While addressing the press, the Chairman Organizing Committee, Mr. Gbenga Adebija explained that the movie features an impressive array of both Nigerian and international movie stars and was filmed at various locations in Rome, Atlanta, Lagos and Turin.

In his words, “the Oratory is an internationally acclaimed movie which has received rave reviews all over the world where it has premiered in places such as Dublin, London, Turin and Venice.”

“The Oratory is not just a movie, it is actually an integral aspect of a broader multi-dimensional initiative which not only reminds us individually and as a collective of our civic responsibilities towards street children but also creates an inclusionary framework for the upliftment of homeless, delinquent and juvenile youths who are at risk of negative societal issues such as violence, sexual abuse, trafficking and crime.” 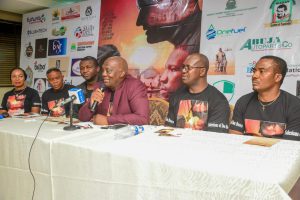 The Executive Producer of The Oratory, Dr Cyril Odia -who is a Nigerian Salesian priest presently serving in Dublin, Ireland- shared insights and remarks on the movie.

Dr Odia shared his dream of a better society free from drug misuse by youths and one with less risks.

He added that The Oratory is a movie that raises awareness on children abandoned on the streets as it is becoming a national embarrassment and ticking time bomb.

He went further to explain that the Salesians Youth Movement seeks to identify not just youth but also, those at risk as well as those abandoned with no one to care about them.

“Even though the structure is minimalistic, the movement looks forward to participation of more people, bodies as well as the government to make the society a better and safer place”, he said.

Buttressing his point, Rev. Father Mark Anthony added that young people get familiar with new drugs everyday aside the existing ones.

“It is a worry that we have this problem. They are bored and need something to excite them, hence unnecessary exposure to peer pressure and drugs. Some are at the denial level until it goes out of control.”

“Sometimes, we refer them to the National Drug Law Enforcement Agency (NDLEA) as well as other rehabilitation outfits. We also have our technical education where we give hope to young people. They produce things with their hands and their self image changes.”

“We rescue people from the streets, these become success stories that we encourage and interact with. We rehabilitate, teach and absorb these street kids into the technical school as tutors, thus giving young people direction and meaning in their lives,” Rev Mark Anthony added.

Also speaking was the United Nations International Children’s Emergency Fund, (UNICEF) Child Protection Specialist, Mr Dennis Onoise who on behalf of UNICEF expressed their heartfelt joy to be part of the movie. Adding that as UNICEF, they don’t work directly with communities rather, they work with ministries, agencies as well as the government.

Mr Onoise explained that his organization finds it heartwarming to be part of the project of Salesians of Don Bosco as it revolves around what they do at UNICEF.

The Oratory had earlier made its first Nigerian Premiere at the Filmhouse Cinemas in Surulere this past weekend and the second premiere in Nigeria will hold this Saturday, 27th November 2021 at the Genesis Deluxe Cinema, Ceddi Plaza Abuja.