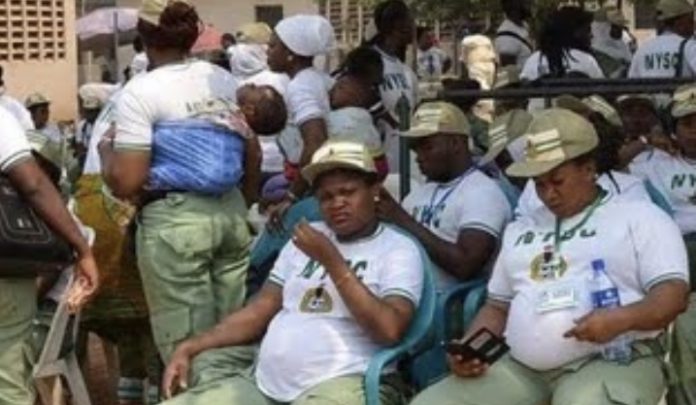 The National Youth Service Corps (NYSC) has directed married prospective female youth corps members to report for registration at the orientation camps in their husbands’ state of residence, irrespective of states indicated on their call-up letters.

This directive was issued via a statement released on Wednesday in Abuja by Mr Emeka Mgbemena, the scheme’s Deputy Director, Press and Public Relations.

Mgbemena stated that the director general gave the directive in a nationwide virtual address to the 2022 Batch “A” Stream Two Prospective Corps Members (PCMs).

He stressed that they must, however, report to camp with their marriage certificates, evidence of change of name in a national newspaper and other valid marriage documents that were uploaded online during registration for service.

It was gathered this policy was initiated to enable them to have seamless service year.

Ibrahim, however, warned that anyone caught with fake documents either on marital or health grounds in camp would be handed over to law enforcement agents for prosecution.

He disclosed that the scheme is currently making efforts to having the NYSC Trust Fund.

He said that “once it comes through, youth corps members would be given start-up capital to establish businesses, in line with skills learnt during the service year.

“Let nobody discourage you from acquiring skills because white collar jobs are not readily available.

“Ideas and skills are what matter now because many of your predecessors that were serious with the SAED training are now self-reliant and wealth creators, employing other Nigerians.”

Actress Olatoun Olanrewaju and her Husband welcome a Baby Boy