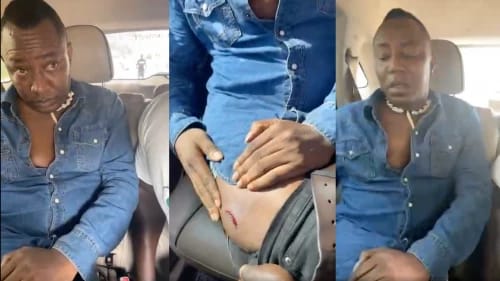 The Federal Capital Territory Police Command has denied claims by the Nigerian publisher and activist, Omoyele Sowore, that he was shot in Abuja during a protest against insecurity in the country on Monday, May 31.

Reacting to his claim, the spokesperson for the command, Mariam Yusuf, in a statement released, stated that there was no record of any incident such as a shooting during the protest.

“The FCT Command wishes to debunk the viral message in some sections of the social media purporting that ‘Omoyele Sowore was shot by a female Assistant Commissioner of Police’ at the Unity Fountain.

“Contrary to the speculation, police operatives professionally restored calm at the Unity Fountain following attempts by a group of protesters to incite a public disturbance.

“The protesters, who went on the rampage, were resisted by police operatives in order to prevent them from causing a breakdown of the law and order. There is no record of such an incident as of the time of this release.

“The command enjoins residents to remain calm and law-abiding while reaffirming its commitment towards the protection of lives and property within the FCT.”

South Africa the most dangerous country to drive in – study