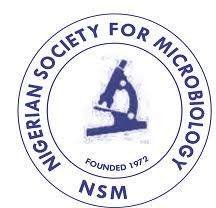 As the third wave of the COVID-19 pandemic in Nigeria rages, microbiologists under the platform of the Nigerian Society for Microbiology (NSM) has flayed both the Federal, State and Local Governments for not paying critical attention to the funding of innovative researches in microbiology which it said is capable of solving a lot of economic problems in the country.

It also decried governments over-dependence on foreign innovations and scientific outputs which have relegated Nigerian scientists to the backseat, adding that this development has discouraged indigenisation of technology.

The Society in a communique issued by the President NSM, Prof. Mohammed Yerima and the Publicity Secretary, Dr Bamidele Odumosu at the end of its 43rd Scientific Conference and Annual General Meeting with the theme “Microbiology in the New Decade: Positioning Nigeria for Rapid Development” held at the University of Port-Harcourt, Rivers State.

Yerima argued that there is a need for more collaboration between academia, research institutes and industries for the benefit of the nation.

He further stated that microbes can be engineered and utilised as a cheap and alternative source of energy and power generation, adding that the Association is capable of developing indigenous vaccines that will be used to cure the dreaded COVID-19 pandemic but lacked government support and funding.

The Communique reads: “That government is not paying critical attention to funding innovative researches in Microbiology which are capable of solving a lot of economic problems as seen in other developed and developing nations of the world.

“Over-dependence on foreign innovations and scientific outputs have relegated Nigerian scientists to the backseat and discouraged the indigenization of technology. This ought not to be.

“Nigeria as a developing country is yet to fully acknowledge the economic potentials of novel microbes in national development, this must be fully addressed.

“Government and corporate agencies should recognise the role of microbes in economic development and that microbiologists in Nigeria are capable of unearthing indigenous development of microbial resources for the control of emerging and reemerging diseases such as COVID-19.

“Government and corporate bodies should devote more funds to Microbiology research and encourage collaboration between Society and relevant government agencies towards ameliorating the problems bedevilling the nation.”

National Parents Association to move to court to defend CBC

Kiir not against implementation of peace agreement: minister

Saudi Arabia affirms Support for Security and Stability in Tunisia