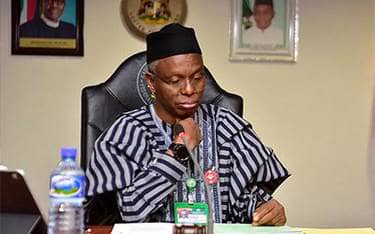 Nasir Ahmad el-Rufai , the governor of a state in Nigeria, Kaduna has approved that rapists be surgically castrated.

El-Rufai who signed off the law recently said, ” drastic penalties are required to help further protect children from a serious crime”.

The governor disclosed that anyone convicted of raping a child under 14 years will be given death penalty under the new legislation.

This law was as a result of the surprising increase in the cases of rape within the lockdown period.

Nasir Ahmad el-Rufai noted that number of reported cases rapidly increased within the few weeks of lockdown in August, also causing an increase in the cases of covid-19.

The new castration law came to be after some women groups agitated for a stricter measure for rapists and they also suggested death penalty.

Rapists will also have to contend with life imprisonment. The former law was just a punishment of a maximum penalty of 21 years jail time and life imprisonment for raping a minor.
Kaduna is the only state with the strictest law against rapist in Nigeria.

‘We will give them resources’: Ramaphosa hails new ‘wholesome’ Eskom board