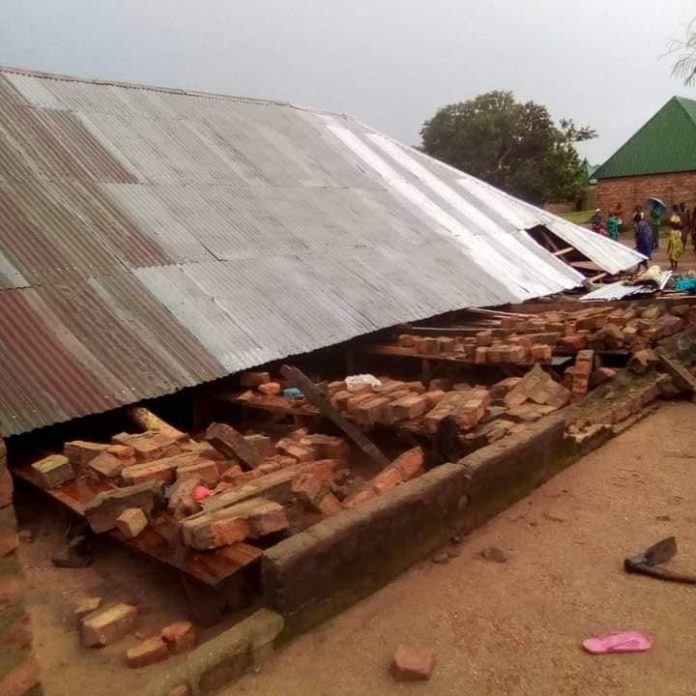 Two persons have been confirmed dead after a building belonging to the Holy Ghost Church in Abeda Pave Community, Chachanji Ward in Takum Local Council in Taraba state collapsed during an ongoing church service on Saturday, September 11.

It was reported that the building collapsed following a heavy downpour that lasted several hours.

The two victims were male and female while several other members of the church sustained varying degree of injuries.

The council chairman, Shiban Tikari, who confirmed the report said even though he was aware of the incident, he was yet to visit the area. He, however, confirmed that two persons lost their lives in the incident.

Uganda seeks to amend Airport-loan Clauses, as China takes over