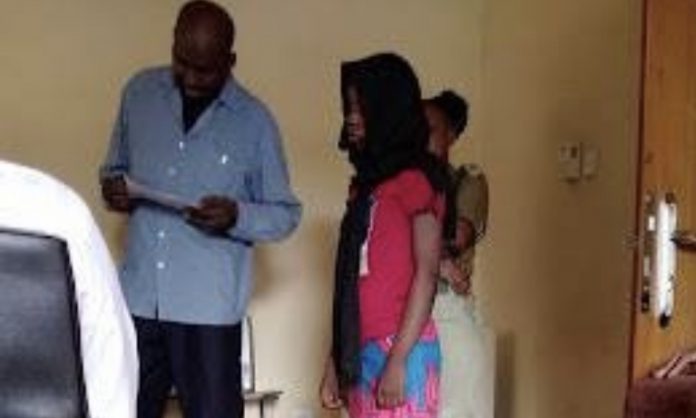 A 15-year-old girl identified as Happy David has been arrested and charged to court for allegedly clubbing an 85-year-old woman, Gama Jatau, to death in Adamawa state.

It was reported that David took the law into her own hands and clubbed the octogenarian to death after accusing her of casting spells on her to slow down her academic progress and also frequently inflicting her with diseases.

The incident happened on April 8, 2022, in Tambo village in the Girei Local Government Area of the state. Armed with a stick, Happy is reported to have stormed the residence of the deceased by 1pm on the fateful day and hit her on the head repeatedly.

The victim was later pronounced dead at the Jabbi-Lamba clinic.

Happy was arrested and has been charged to court on a count of murder, an offence contrary to Section 191 of the Penal Code Law of Adamawa 2018.

She pleaded guilty as charged.

Nigerian man Overstays his 60-day tourist visa by 7 years in...