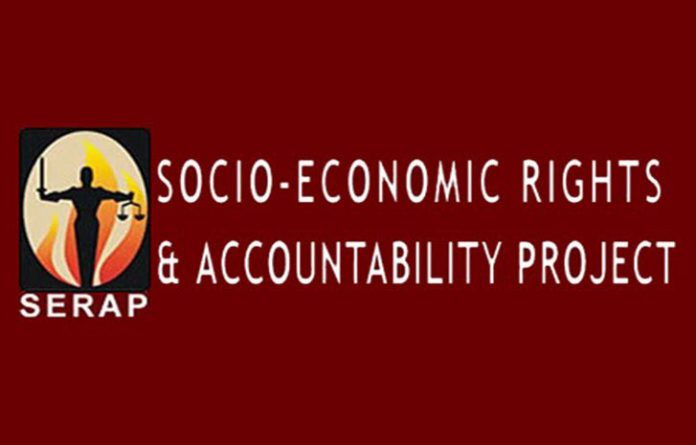 The Socio-Economic Rights and Accountability Project (SERAP) and Premium Times Centre for Investigative Journalism (PTCIJ) have filed a lawsuit against President Muhammadu Buhari and Minister Information and Culture, Lai Mohammed, asking the court to “declare illegal the gag order stopping journalists and broadcast stations from reporting details of terrorist attacks and victims, as the order violates media freedom, and Nigerians’ freedom of expression and access to information.”

Joined in the suit as a defendant is the National Broadcasting Commission (NBC).

The suit followed the directive by NBC asking journalists, television and radio stations in Nigeria to stop “glamorising and giving too many details on the nefarious activities of terrorists and kidnappers” during their daily newspaper reviews.

In the suit number FHC/ABJ/CS/725/2021 filed last week Friday, SERAP and PTCIJ are seeking: “an order of perpetual injunction restraining the Buhari led government, the NBC, and Mr Lai Muhammed or any other persons from imposing fines or other sanctions on broadcast stations for carrying out their constitutional duties of reporting details of terrorist attacks and victims during daily newspaper reviews.”

In the suit, SERAP and PTCIJ are seeking “an order to compel and direct the NBC and Mr Lai Mohammed to withdraw the directive asking journalists and broadcast stations to stop reporting details on terrorist attacks and victims, as the directive is unlawful and inconsistent with the Nigerian Constitution of 1999 [as amended], and the country’s international human rights obligations.”

SERAP and PTCIJ are also seeking “an order setting aside the directive on reporting of terrorist attacks and victims, for being inconsistent and incompatible with sections 22 and 39 of the Nigerian Constitution, Article 9 of the African Charter on Human and Peoples’ Rights and Article 19 of the International Covenant on Civil and Political Rights.”

According to SERAP: “Unless the reliefs sought are urgently granted by this Honourable Court, the directive by the NBC and Mr Lai Muhammed would be used to impermissibly restrict Nigerians’ rights to freedom of expression, access to information, media freedom, and victims’ right to justice and effective remedies.”

SERAP and PTCIJ are arguing that “the failure by the government of President Buhari to direct the NBC to withdraw its directive on reporting of terrorist attacks and victims violates sections 5[a] and [b], 147 and 148 of the Nigerian Constitution, Code of Conduct for Public Officers [Fifth Schedule Part 1], and Oath of office [Seventh Schedule] of the Constitution.”

SERAP and PTCIJ are also seeking “a declaration that sections 5.4.1[f] and 5.4.3 of the National Broadcasting Code and their application to the daily review of newspaper headlines by broadcast stations are inconsistent with sections 22 and 39 of the Nigerian Constitution, Article 9 of the African Charter on Human and Peoples’ Rights and Article 19 of the International Covenant on Civil and Political Rights.”

According to SERAP and PTCIJ: “The NBC directive fails to establish a direct and immediate connection between the reporting by broadcast stations and purported risks to national security and peace. The NBC is using ‘national security as a pretext to intimidate and harass journalists and broadcast stations, and to violate Nigerians’ rights to freedom of expression and access to information.”

SERAP and PTCIJ are also arguing that: “Factual reporting on the growing violence in some parts of Nigeria is a matter of public interest. National security considerations should be limited in application to situations in which the interest of the whole nation is at stake, which would thereby exclude restrictions in the sole interest of a government, regime, or power group.”

The suit filed on behalf of SERAP and PTCIJ by their lawyers Kolawole Oluwadare and Opeyemi Owolabi, read in part: “The NBC and Mr Lai Muhammed lack the power and authority to restrict the ability of journalists and broadcast stations to carry out their constitutional duties and to unlawfully impose penalties such as fines and other sanctions on any journalists and broadcast stations for reporting on details of terrorist attacks and victims in the country.”

“SERAP and PTCIJ together with several millions of Nigerians easily access information, news and form opinions on government policies through the daily newspaper reviews by journalists and broadcast stations in Nigeria.”

“While the NBC has the powers to make rules to enable it to perform its statutory functions under section 2[1] [a] to [u] of NBC Act, such statutory powers ought to be exercised in line with the Nigerian Constitution, and the country’s international human rights obligations.”

“In law, a regulation that is vague and loose in its scope cannot be used to take away constitutionally and internationally recognized human rights to freedom of expression, access to information, and media freedom.”

“The interference with the constitutional and legal duties of journalists and broadcast stations cannot be justified, as Nigerian authorities have failed to show that reporting of terrorist attacks and victims would impose a specific risk of harm to a legitimate State interest that outweighs the public’s interest in such information.”

“The Constitution is the grundnorm and the fundamental law of the land. All other legislation in this country takes its hierarchy from the provisions of the Constitution. It is not a mere common legal document.”

“The Courts as the veritable agency for the protection and preservation of rule of law should ensure that persons and institutions operate within the defined ambit of constitutional and statutory limitations.”

“Where agencies of government are allowed to operate at large and at their whims and caprices in the guise of performing their statutory duties, the result will be anarchy, licentiousness, authoritarianism and brigandage leading to the loss of the much cherished and constitutionally guaranteed freedom and liberty.”

No date has been fixed for the hearing of the application for an interim injunction, and the substantive suit.

Deadline for debt exchange may be extended again – Joe Jackson