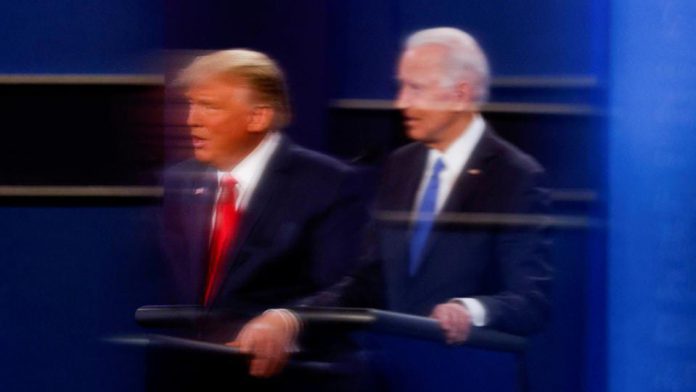 US President, Donald Trump has acknowledged that it is time for the US General Services Administration to “do what needs to be done,” lifting an unprecedented block on assistance to President-elect Joe Biden’s team for a transition.

US President Donald Trump disclosed that he has given Emily Murphy, the head of the General Services Administration, the go-ahead to proceed with a transition for President-elect Joe Biden’s administration despite plans to continue with legal challenges.

“I want to thank Emily Murphy at GSA for her steadfast dedication and loyalty to our Country. She has been harassed, threatened, and abused – and I do not want to see this happen to her, her family, or employees of GSA,” Trump said in a tweet.

“Our case STRONGLY continues, we will keep up the good … fight, and I believe we will prevail! Nevertheless, in the best interest of our Country, I am recommending that Emily and her team do what needs to be done with regard to initial protocols, and have told my team to do the same.”

In reaction to Trump’s surrender, Biden’s team welcomed the long-delayed release of government aid for his transition team, a step he said was crucial to “a smooth and peaceful transfer of power.”

“The GSA administrator has ascertained President-elect Joe Biden and Vice President-elect Kamala Harris as the apparent winners of the election, providing the incoming administration with the resources and support necessary to carry out a smooth and peaceful transfer of power,” Biden said in a statement.

General Services Administration head Emily Murphy, who denies acting under political pressure, has refused since the November 3 election to release the standard package of aid that her agency manages to Biden’s incoming team.

With the new development, Biden’s team will begin meeting with federal government officials to discuss the pandemic response, national security, and other issues after a US agency gave the go-ahead for the formal transition on Monday.

“In the days ahead, transition officials will begin meeting with federal officials to discuss the pandemic response, have a full accounting of our national security interests, and gain a complete understanding of the Trump administration’s efforts to hollow out government agencies,” Biden transition executive director Yohannes Abraham said in a statement.

BBN: I can support and sponsor my husband as long as...

Sultan of Sokoto condemns those behind the Movement of scrapping NYSC