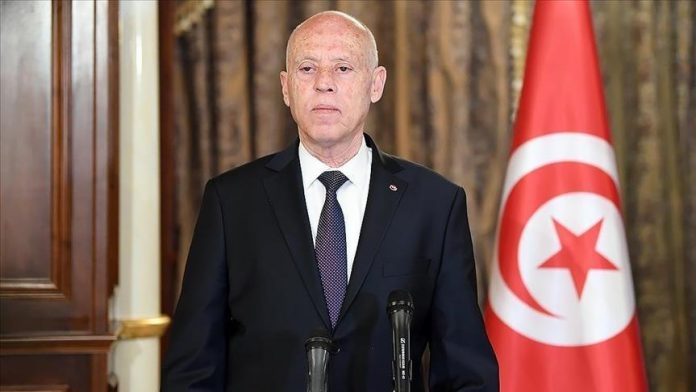 Tunisian President, Kais Saied affirmed on Monday that freedom of movement is guaranteed to all Tunisians, following the issuance of a travel ban for a host of former officials.

It should be recalled that on July 25, Saied ousted the government, suspended parliament, and assumed executive authority. While he insists that his exceptional measures are meant to “save” the country, his critics accuse him of orchestrating a coup.

Speaking at Tunis-Carthage International Airport, Saied said that travel ban only applies to those being sought by the authorities.

“The exceptional measures are precautionary, and I was forced to take them, but these measures don’t mean depriving Tunisians of their right to move. Some politicians must slow down and understand the reason for taking such measures,” Saied said, as shown in a video released by the presidency.

“Those who are wanted for justice or those suspected of corruption or those who are requested to settle their situations with the judiciary are the ones who were included in the travel ban,” Saied said.

It was gathered that Tunisia has been seen as the only country that succeeded in carrying out a democratic transition among Arab countries which witnessed popular revolutions toppling ruling regimes, including Egypt, Libya, and Yemen.