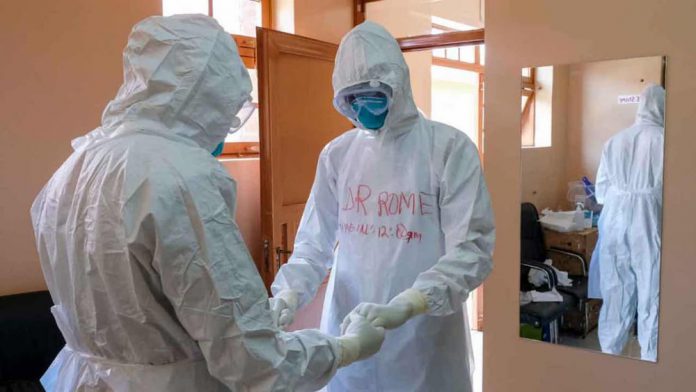 Ugandan officials have reported 11 more cases of Ebola in the capital within two days, a worrisome increase in just over a month after an outbreak was declared in a remote part of the East African country.

According to the Health Minister, Jane Ruth Aceng said nine more people in the Kampala metropolitan area tested positive for Ebola on Sunday, in addition to two others on Friday.

Ugandan health authorities have confirmed 75 cases of Ebola since September 20, including 28 deaths. There are 19 active cases.

The official numbers don’t include those who probably died of Ebola before the outbreak was confirmed in a farming community about 93 miles west of Kampala.

Fears that Ebola could spread far from the outbreak’s epicenter compelled authorities to impose an ongoing lockdown, including nighttime curfews, on two of the five districts reporting Ebola cases. The measures were put in place after a man infected with Ebola sought treatment in Kampala and died in a hospital there.

The nine new cases reported Monday follow a similar pattern as they all are contacts of an Ebola-infected patient who traveled from an Ebola hotspot and sought treatment at Kampala’s top public hospital, known as Mulago.

There is no proven vaccine for the Sudan strain of Ebola that’s circulating in Uganda.

Ebola is spread by contact with bodily fluids of an infected person or contaminated materials. Symptoms include fever, vomiting, diarrhea, muscle pain and, at times, internal and external bleeding.

Man Mysteriously found Dead in his Car in Lagos