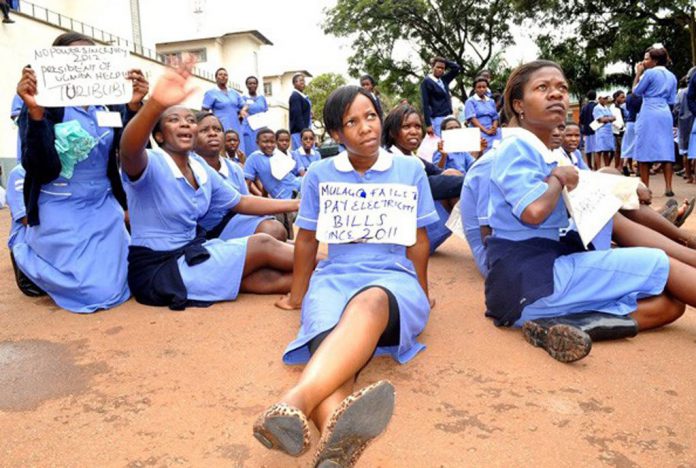 Uganda Nurses and Midwives Union (UNMU) has announced that its members will commence strike today over low salary, joining thousands of allied health professionals who started theirs on May 16.

Mr Justus Cherop Kiplangat, the UNMU president said, “There is industrial action beginning from tomorrow (today). We have rejected the letter from the Ministry of Public Service asking us to halt the planned industrial action”.

“It [the letter] was not telling how much nurses are going to earn. It was just saying ‘we shall enhance salary’, so it doesn’t give us hope. We want to know how much they plan to enhance our salary. Doctors have been given already, the science teachers were given, so nurses are not aware of how much they will be given,” he said.

In a May 16 letter to UNMU, the Minister of Public Service, Mr Wilson Mukasa Muruli, had appealed to the nurses to halt the planned strike.

Mr Cherop had told this newspaper earlier that the issue of salary disparity is of continuing concern to UNMU. He said a nurse with a degree gets Shs2m and a medical doctor with a degree gets around Shs4m, the amounts he said send signals that nurses are not valued even when they spend around the same period in school to obtain a degree.

The World Health Organisation and the Heath ministry said the strike is having a devastating effect on the the healthcare.

Ms Catherine Bitarakwate, the Permanent Secretary of the Ministry of Public Service, told this publication earlier that Shs400b has been earmarked for enhancing the salaries of scientists and all health workers. She, however, said the ministry is yet to announce the final salary structure.

There are around 27,000 nurses employed by the government, a number the UNMU says is way too low compared to the current population that needs medical care.

The country has more than 120,000 nurses, many of them serving in private facilities or unemployed.