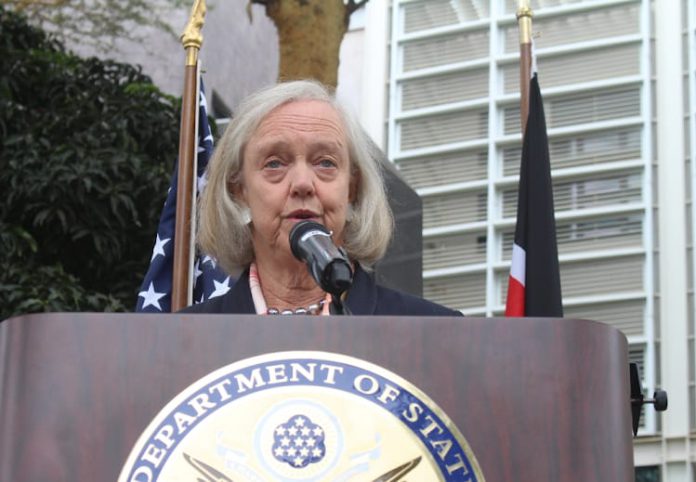 The United States of America has issued a travel advisory to its citizens against traveling to some parts of Kenya as a result of insecurity.

According to the State Department, the advisory was classified as a Level 2: Exercise increased caution, with the citizens being warned of crime, terrorism, civil unrest, and kidnapping.

The areas flagged include Kenya-Somalia border counties, some parts of the coast region, Turkana county and parts of Nairobi County.

US citizens were warned against visiting the counties bordering Somalia, as they were categorized as Level 4: Do not travel.

“Due to terrorism concerns, US government personnel are prohibited from travelling to the below Kenya-Somalia border counties and Coastal areas,” the statement read.

They include Mandera, Wajir and Garissa counties, all due to kidnapping and terrorism.

The Coastal region areas listed are Tana River, Lamu and areas of Kilifi County north of Malindi, also due to kidnapping and terrorism.

“Consider carefully whether to use the Likoni ferry in Mombasa due to safety concerns,” the advisory added.

The State Department said the areas are frequent with violent crimes such as armed carjacking, mugging, home invasion and kidnapping.

“Be especially careful when travelling after dark anywhere in Kenya due to crime,” it added.

Further, US citizens were warned about terrorism and demonstrations.

“Violence associated with demonstrations, ranging from rock throwing to police using deadly force, occurs around the country; it is most notable in western Kenya and Nairobi,” it said.

The Department also urged any of its citizens travelling to Kenya to stay vigilant in locations frequented by Westerners, monitor the media and be prepared to adjust their plans.

They were also advised against physically resisting robbery attempts and reminded to always carry copies of their US passports and Visa..

“Make contingency plans to leave the country. in case of an Enroll in the Smart Traveler Enrollment Program (STEP) to receive security messages and make it easier to locate you in an emergency,” the advisory stated.

DA trying to ‘chop down cancer’ of ANC’s cadre deployment

MPs storm out of Mombasa workshop over delayed NG-CDF money