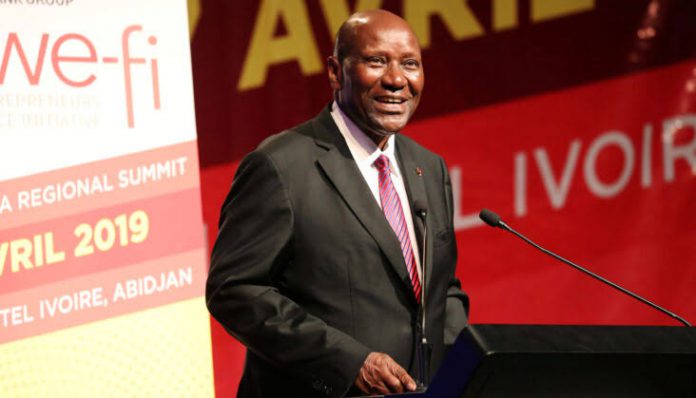 The Vice President of Ivory Coast, Daniel Kablan Duncan, 77, has stepped down, the presidency a announced yesterday.

This is coming after the sudden death of Prime Minister Amadou Gon Coulibaly on July 8.

In a statement by the Chief of Staff, Patrick Achi,
Kablan Duncan, “handed his resignation to the president on personal grounds on February 27,”

“After several conversations, the latest of which took place on July 7, the president accepted (it) and on July 8 signed the decree ending Mr Kablan Duncan’s duties.”

A veteran figure of Ivorian politics, Kablan Duncan served as foreign minister from 2011-12 and then as prime minister in charge of economy and finance from 2012-17.

In January 2017, he became the first vice president in Ivory Coast’s history, taking up a post created under a new constitution adopted in 2016.

Ouattara “would like to pay tribute to a great servant of the state, a man of power and commitment,” the statement added.

His departure was announced just five days after the shock death of Coulibaly, 61, a popular figure seen as Ouattara’s anointed successor for elections due in October.

Nigerians are most miserable in Africa – Jerry Gana Asserts