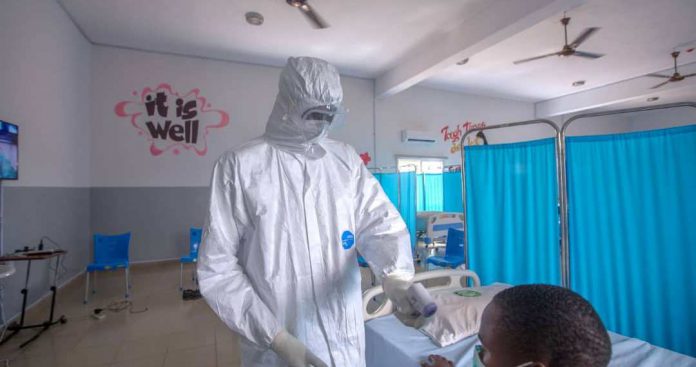 The World Health Organisation (WHO) disclosed that weekly COVID-19 cases in Africa fell by more than 20 percent, which said to be the sharpest seven-day decline in two months as the third wave pandemic tapers off.

This was revealed by Matshidiso Moeti, WHO Regional Director for Africa, during a virtual press conference on Thursday.

Quoting reports, she said that the African continent registered more than 165,000 cases in the week ending September 5, a 23 per cent decline from the previous week.

Mrs Moeti said that, however, due to the impact of more transmissible variations, the rate of slowing is slower than in prior rounds.

She said that the more contagious Delta variant that partly fueled the third wave has been dominant in several countries that experienced COVID-19 surge.

According to her, while COVID-19 cases have declined appreciably, the downward trend is frustratingly slow due to the lingering effects of the more infectious Delta variant.

“The continent lags far behind the rest of the world when it comes to sequencing, with only one per cent more than three million COVID-19 sequences conducted worldwide occurring in Africa.

“The third wave has shown us how variants can hijack the efforts to tame the pandemic.

“To date the dominant Delta variant has been detected in 31 African countries, while the Alpha and Beta variants have respectively been identified in 44 and 39 countries.

“As Africa’s third COVID-19 pandemic wave eases off, vaccine shipments to the continent continue to grow, with around 5.5 million doses received through COVAX in the first week of September,” Mrs Moeti said.

She noted that only around 3 percent of the continent’s population is fully vaccinated.

“To ultimately tip the scales against this pandemic, our best efforts to reduce transmission through public health measures must be met by a significant step-up in vaccine supplies and vaccinations,” Mrs Moeti added.

Third Mainland Bridge, Lagos To Be Shut Down From July 24