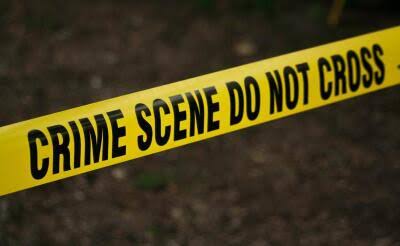 A 36-year-old woman has allegedly stabbed her 13-year-old son to death during a domestic violence-related incident in Volksrust, Mpumalanga.

It was gathered that the woman also allegedly stabbed her eight-month-old daughter and her 63-year-old mother on Friday.

“According to the report, police at Volksrust were informed about a domestic-related incident at a residence and members immediately proceeded to the scene.

“Upon arrival, the members had to break the locked door to gain entry. Upon gaining entrance, members discovered the body of the teenage boy lying in a pool of blood on the floor of the lounge. The slain victim had visible stab wounds on the chest and to his throat,” Mpumalanga police spokesperson, Colonel Donald Mdhluli said.

He said the woman’s mother was found hiding in the toilet also with a stab wound on her lower body and the injured baby was found in the same room with the woman.

Meanwhile, police in Lebowakgomo in Limpopo, said they were investigating a case of murder after community members discovered a man’s body floating in the dam at Ga-Chuene village in the Lebowakgomo policing area on October 6 at about 2pm.

“Members of the South African Police Service Search and Rescue Unit were activated and upon arrival at the scene, retrieved the body. A deep wound to the man’s neck indicated that he was murdered. The deceased was identified as Ananias Sithole, aged 37, of Thokgwaneng Village in Lebowakgomo,” said Lieutenant-Colonel Malesela Ledwaba.

“Police have opened a case of murder. Currently the motive is unknown and there are no arrests as yet. Police investigations continue.

“Police appeal to anyone with information that can assist in the arrest of the suspect(s) to contact the Branch Commander Colonel Nyamanyawo Thomas Baloyi on 082 565 8234 or the Crime Stop number 08600 10111 or the nearest police station or MySAPS App,” he said.