A Moroccan archaeologist found fossils of the ancient shark in 2016 in the Anti-Atlas Mountains.

Ferromirum Oukherbouchi, an ancient shark that lived in modern-day Morocco 370 million years ago, has contributed to a new scientific discovery.

Researchers from the Universities of Zurich and Chicago published a paper on November 17 that analyses fossils of the prehistoric shark to better understand how the species’ jaws function.

Ferromirum Oukherbouchi is a species from the Late Devonian period, between 360 and 375 million years ago. Paleontologists found its fossils in Morocco’s Anti-Atlas Mountains.

The name of the species honors the finder of the specimen, Moroccan archaeologist Said Oukherbouch. He discovered the ancient shark’s fossils in 2016 in Tafraoute, 166 kilometers south of Agadir.

The authors of the recently-published paper used computed tomography (CT) scanning and three-dimensional (3D) printing to recreate a model of Ferromirum Oukherbouchi.

The findings enabled the researchers to discover how the jaws of early sharks that lived 300 to 400 million years ago functioned.

According to the paper, ancient sharks did not only drop their lower jaws downward when opening their mouths, but they were also able to rotate them outward.

“At a gape of 60 degrees, each side of the lower jaw has rolled outwards by approximately 20 degrees relative to its orientation when the jaws are closed,” the paper said.

This pattern of jaw movement allowed sharks to better use the inner rows of teeth when catching prey, the authors explained.

“The resultant of eversion and inversion of the lower dentition presents a greater number of teeth to prey through the bite-cycle,” they wrote.

The recent discovery further consolidates Morocco’s reputation as an important destination for archaeologists and paleontologists, due to the rich ancient history of its land.

SAHRC calls for calm ahead of EFF Brackenfell High protest 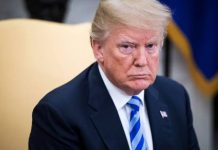