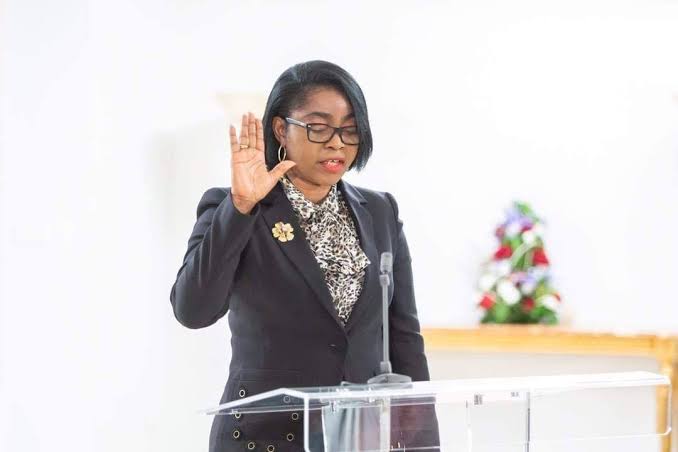 A first female Prime minister, Rose Raponda has been appointed in Gabon yesterday.

Her appointment is in accordance with a presidential decree read by the Secretary-General of the Presidency, Jean-Yves Teal, hence, making Raponda the first woman in the country to hold the office of Prime Minister and she succeeded Julien Bekale.

It is apt to note that on Feb. 12, 2019, Raponda was appointed Defence Minister by President Ali Bongo Ondimba, after the failed coup in January.

She has a degree in Economics (Public Finance) from the Gabonese Institute of Economy and Finance.