Liverpool’s drubbing of Atalanta this evening has seen the name of one player in particular – Diogo Jota – take centre stage in the post-match chatter.

Jurgen Klopp’s men made the trip to Bergamo a short time ago, for their latest European outing.

The Reds headed into proceedings brimming with confidence, on the back of a fine spell of form of late.

Since being held by Everton in the latest edition of the Merseyside derby 3 weeks ago, Liverpool had since racked up 4 wins on the bounce, the latest of which saw West Ham downed by 2 goals to 1 at Anfield over the weekend.

Atalanta, on the other hand, had proven altogether hit-and-miss of late, often following up scintillating attacking displays with bafflingly unbalanced showings within a matter of days.

As such, tonight’s clash had potential disaster written all over it for the hosts.

And, when all was said and done at the Gewiss Stadium, this is precisely what unfolded.

A staggering 90 minutes of football, utterly dominated by Liverpool, eventually saw the ruthless visitors emerge with a 5-0 victory.

Man of the moment Jota put Jurgen Klopp’s men ahead with a quarter of an hour on the clock, latching onto a perfect pass from Trent Alexander-Arnold to delicately dink home into the bottom-left corner:

The Portuguese forward has scored in four consecutive games for Liverpool! pic.twitter.com/a2vKQbuorf

And Jota was back at it again just past the half-hour mark, bringing down a lofted delivery into the box, before unleashing an unstoppable low drive beyond the helpless Marco Sportiello.

Mo Salah was next to get in on the act for the Premier League champions, taking advantage of a ridiculous hole at the heart of the Atalanta defence, before cutting inside and slotting home with his left.

Mohamed Salah ran all the way from his own half and scored #UCL pic.twitter.com/2Myn0snXyd

Sadio Mane then made sure that none of Liverpool’s front-3 would depart Bergamo without a goal, lofting a typically clinical finish over the onrushing Sportiello to make it 4-0.

And it was Jota who rounded out the evening’s scoring just 5 minutes later, outpacing Atalanta’s shoddy backline before slotting home to grab the match-ball, and secure a dominant 3 points for Liverpool.

As such, on the back of proceedings coming to a close in Italy, it has since come as little surprise to see focus centered squarely on match-winner Jota.

Questions were of course asked when Liverpool opted to splash out a rumoured £45 million to coax the former Wolves standout to Merseyside this summer.

However, to say that he has since gone about putting such doubts firmly to bed would be an understatement.

Despite having lined out for the Reds on just 10 occasions thus far, Jota’s impact has been clear.

The Portuguese international emerged from the bench over the weekend, to net a late winner as Liverpool got the better of West Ham.

His effect on the Reds’ attack, though, stemmed far beyond his match-winning strike. Jota transformed Klopp’s men, adding a much-needed new dimension of guile and vigour.

In turn, the 23-year-old was rewarded with a start tonight, as the Reds faithful were afforded their first proper look at a fully-flowing frontline of Mo Salah, Sadio Mane and Jota.

And the results, to put it lightly, were absolutely frightening.

Just when you thought Liverpool’s front three couldn’t get any better #UCL pic.twitter.com/QLsHTpfh3Y

Granted, Atalanta played directly into Liverpool’s hands, but few, if any sides, would have been capable of keeping Liverpool’s free-flowing attack in check this evening.

The Reds were of course already a wonderful attacking side with Roberto Firmino leading the line.

However, the Brazilian has endured a rough start to the new campaign, and simply cannot seem to find his shooting boots at present.

Jota, on the other hand, has not only located his, but is wearing them on a nightly basis.

The ability of the former Wolves man to drift between the lines, picking up positions not only centrally, but on both flanks and from deep, make him an absolute nightmare to deal with for opposing defenders.

What sets Jota apart from Firmino in outings like tonight’s, though, is his pace.

Whilst the latter may prove a better option versus deep-lying sides due to his touch and link-up play (though even this is debatable at present), Jota simply takes Liverpool’s attack to another level in matchups where there is space in behind.

His 3rd at the Gewiss Stadium was a perfect example of this:

Jota has his hat-trick!

Liverpool are on fire in Italy! pic.twitter.com/xMcYre5Ch7

The stats, meanwhile, cannot be ignored.

Incredibly, Jota has now found the net on more occasions for Jurgen Klopp’s men since the turn of the year than Firmino, despite having only joined the Merseysiders in September:

Liverpool have long stood as one of Europe’s most-feared offensive sides.

Now, though, with Jota on their books, the Reds genuinely look an even more potent threat in front of goal.

Atalanta saw this first-hand tonight, but the Serie A outfit will be far from the last to fall victim to Jurgen Klopp’s devastating new-look frontline over the weeks and months ahead.

France to investigate dozens of mosques suspected of ‘separatism’ 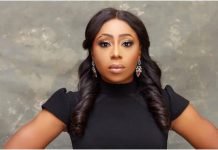 Dakore Egbuson-Akande to serve as Jury Member for 2021 Paris International...