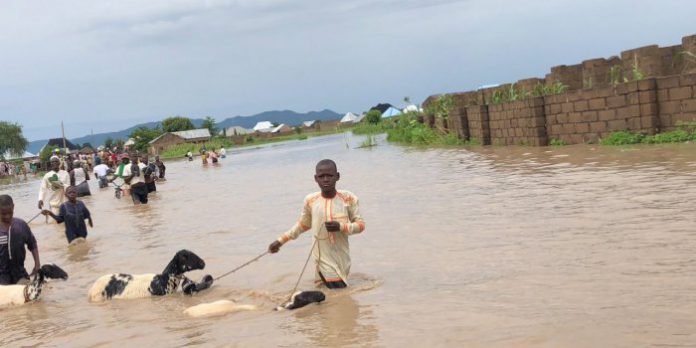 The Nigeria Hydrological Services Agency (NIHSA) has predicted that heavy flood is to hit Federal Capital Territory, Abuja, Lagos, Rivers and othher states due to the Middle Niger of the River Niger Basin which is currently flooded and the magnitude of flood from this area is expected to arrive in Nigeria through Kebbi State around September 6, 2020.

According to the agency, no fewer than 102 local government areas in 28 states fall within the highly probable flood risk areas.

While speaking with PUNCH in Abuja, the NIHSA Director-General, Clement Nze noted that the agency had received a red alert about the looming flooding of the river from Niamey in Niger Republic.

“The red alert points to imminent river flooding in Nigeria. Both the Kainji and Jebba dams have commenced spilling water downstream,” he said.