According to transfer expert Fabrizio Romano, Tottenham have opened negotiations with Inter Milan over the possible sale of Tanguy Ndombele.

All-action midfielder Ndombele has endured a difficult start to life in England, since joining Spurs from Lyon in a club-record deal last summer.

In fact, a combination of persistent fitness problems and frustrating inconsistency restricted the Frenchman to starts in just 12 of Tottenham’s 38 Premier League outings this season.

As such, though Ndombele has showcased his undoubted quality on occasion, many have singled the midfielder out for criticism over the course of the campaign.

One such individual has been Jose Mourinho.

The Spurs boss has made his frustrations with the 23-year-old clear on a number of occasions over recent months, the first of which saw Mourinho rant:

‘He’s always injured. He’s injured, he’s not injured, he plays one match. This is the same since the beginning of the season.’

This was followed by the Portuguese tactician condemning Ndombele on the back of a disappointing display versus Burnley in March:

‘He [Ndombele] has had enough time to come to a different level.’

‘I know the Premier League is difficult, and some players take a long time to adapt to a different league.’

‘But a player with his potential has to give us more than he is giving us.’

Such comments have, in turn, resulted in inevitable speculation that all is not well between Spurs’ record signing and the club’s boss.

This has even led to rumours of late that Ndombele could be on the move this summer, following just a solitary season in north London.

Barcelona have been the club most persistently linked, with the likes of L’Equipe and Mundo Deportivo having pushed the suggestion that the 23-year-old is a key target for the Blaugrana.

As outlined above, however, if the latest speculation spreading across the media over the last 24 hours is to be believed, then a new suitor appear to have positioned themselves at the front of the queue for Ndombele.

The outfit in question? Inter Milan.

In fact, as per Italian transfer expert Fabrizio Romano, writing for the Guardian, the Nerazzurri have already opened talks with Spurs over the possibility of a summer deal.

It is suggested that the north Londoners would be willing to accept a fee of around £45 million for their struggling midfielder.

This comes with Inter boss Antonio Conte viewing Ndombele as a ‘real target’ ahead of next season.

Inter are ready to start talks with Tottenham for Tanguy Ndombele. He’s a real target as midfielder for Antonio Conte. The two clubs will also consider some swap deals on next weeks – good relationship after Eriksen deal. 🇫🇷 @SkySport #THFC #Inter #transfers

One potential deal which could satisfy the demands of both clubs, as per Romano, would see Ndombele make the move to the San Siro, with Inter stopper Milan Skriniar heading in the opposite direction.

#thfc have indicated that they would accept £45M for Tanguy Ndombele whilst in talks with Inter Milan. There is also the possibility of a swap deal involving Milan Škriniar, who José Mourinho views as a replacement for Jan Vertonghen. | @FabrizioRomano

Chelsea have expressed an interest in signing Nicolas Tagliafico – Sky 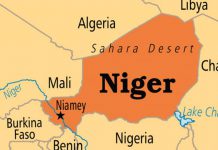