Updates regarding some potential incomings and outgoings at Tottenham this summer have come to light over the last few days.

First off, Ivan Perisic has been linked with a move to Spurs, with the Croat a player whom Jose Mourinho appears to have been attempting to sign for several years now.

The 31-year-old spent the 2019/20 campaign out on loan from Inter Milan, at German giants FC Bayern Munich.

Perisic scored four and assisted six in 22 league appearances, as Bayern clinched yet another Bundesliga title.

The Bavarians are also understood to have an option to make the Croatian’s signing permanent.

However, as per Italian outlet Calciomercato, whilst Bayern could have signed the winger for €20m, they are, evidently, yet to take up their option. Perisic is also not believed to be in Antonio Conte’s plans, with his contract in Italy up in 2022.

A swap deal, possibly involving Erik Lamela, is even mentioned:

An exchange deal would likely be favourable for Spurs, who are thought to have very little cash available to spend in the summer, following the COVID-19 outbreak.

Elsewhere on the Spurs front, the Sun report that Leeds are lining up a £15m move for Juan Foyth.

The Argentine has seriously struggled for game time this season, and has managed just 46 minutes of Premier League action under Jose Mourinho.

As such, with Spurs, as mentioned above, seemingly strapped for cash, selling Foyth, who currently sits behind all of Eric Dier, Davinson Sanchez, Toby Alderweireld and even Japhet Tanganga in the defensive pecking order in north London, makes sense.

A recent report from Argentina, which we covered, meanwhile, also named Foyth as one of five Argentines being eyed by Marcelo Bielsa’s Leeds.

Doubling-rate of COVID-19 related deaths in SA is starting to slow... 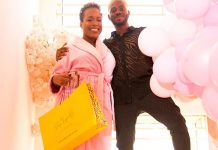