Rabat – Daughter and advisor of the US president, Ivanka Trump, has welcomed Morocco’s initiative to teach Jewish history in Moroccan schools.

Ivanka recalled in a December 13 tweet that Morocco is set to become the first Arab country to teach Jewish history and culture as part of its national curriculum, linking a news article by Times of Israel.

King Mohammed VI in November approved the decision to teach Jewish history and culture in the Arabic-language curriculum for public primary schools in Morocco.

Following the King’s decision, the American Sephardi Federation and the Conference of Presidents of Major American Jewish Organizations (CoP) welcomed the initiative.

In a November 12 joint press release, the vice chair of the CoP, Malcolm Hoenlein, and the executive director of the American Sephardi Federation, Jason Guberman, described the initiative to teach Jewish history as “the latest assertive action by King Mohammed VI to perpetuate the Judeo-Moroccan legacy as an integral part of the Moroccan identity.”

The two Jewish figures who worked closely with Morocco and its Jewish community said that the King’s approval of the curriculum proves “the core of this effort is enhancing understanding and fostering the connection between Muslims and Jews.”

The Jewish community has long marked the history of Morocco, with a presence that dates back to the time of Phoenician Carthagian state, more than 2,500 years ago, even before the Arabs came from the Middle East.

The coexistence between Jews and Muslims in Morocco remarkably manifested during World War II.

When Morocco was a French protectorate, the Nazi-controlled Vichy government demanded that King Mohammed V implement anti-Jewish laws and send the country’s 250,000 Jews to concentration camps in Europe.

In a move that set a historic precedent for the future rulers of Morocco, King Mohammed V told the Nazi regime: “There are no Jewish citizens, there are no Muslim citizens. They are all Moroccans.”

Morocco counts today fewer than 2,000 Jews, with a major presence in Casablanca.

‘Shama’: US Company to Finance Development of 1st Moroccan-Made Robot

Man found dead in Maua lodging after night out with 2... 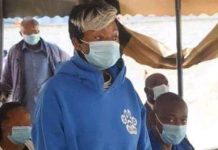 Recruitment of Maraga successor kicks off on Monday next week