Rabat – King Mohammed VI ordered the creation of an ad-hoc commission due to confusion and contradictory reports on sanctions against Morocco’s leading hydrocarbon companies.

A statement from the royal palace announced the news on Tuesday, emphasizing that the King received several contradictory notes on the issue.

King Mohammed VI received on July 23 a note from the President of the Competition Council, Driss Guerraoui, according to the statement.

The notice indicated the council’s decision on possible agreements between hydrocarbon companies and the Petroleum Group of Morocco (GPM).

The notice included the decision the Competition Council adopted during a plenary session on July 22.

The council agreed to impose a financial sanction amounting to 9% of annual turnover for three of Morocco’s leading oil distributors. It included sanctions of a lower amount for some of Morocco’s other hydrocarbon companies.

The list of the leading companies includes Afriquia Gaz, owned by Aziz Akhannouch, Morocco’s top billionaire. Akhannouch is also the minister of agriculture.

The royal palace’s statement said the King received a second note on July 28 from Guerraoui on the same subject.

The Competition Council chair again informed the King of the amounts of the sanctions imposed on the distributors, but with different figures.

“This time, the amount is set at 8% of annual turnover without distinction between companies and without any indication of the distribution of votes,” the statement reads.

This contradicts the first notice that King Mohammed VI received on July 22. The first note showed that the plenary meeting recorded 12 votes for only one against the first reported decision.

The King also received a note on July 28 from several members of the council.

They said the management of the issue “was characterized by procedural infringements on the part of the president which damage the quality and impartiality of the decision taken by the council.”

The signatories of the complaint reported ”communication harmful to the examination of the case and to the credibility of the council.”

The members also complained about forced passages to the vote before the debate was closed. They also noted shortened interpretation and violation of the law on freedom of prices and competition.

They claimed a lack of transparency in the proceedings, “marked by a selective sharing of documents.” The members also mentioned Guerraoui’s behavior seemed to indicate he was acting based on instructions “or according to a personal agenda.”

In response to the controversy, the King ordered the creation of an ad-hoc commission to investigate the situation.

The commission also includes the president of the Authority for Probity, Prevention and the Fight Against Corruption.

Prior to the official statement, Moroccan media reported on deliberations among the council’s members to potentially impose sanctions on some of Morocco’s hydrocarbon companies.

They reported a lack of transparency and fair competition as cause for the deliberations.

In response, the council disclaimed on several occasions “all liability concerning the information reported by certain press organs relating to the sanctions imposed on the oil companies.”

The council’s deliberations fall within the framework of the applications of law 20.13, related to the Competition Council, as well as law 104.12, related to the freedom of prices and competition.

The decision to create the investigatory commission comes just one day before King Mohammed VI will deliver his annual Throne Day speech.

July 30 marks the Throne Day celebration, but the King delivers his speech one day earlier.

The two members of the newly-created commission present their annual report on the activities of financial courts.

Africa not liberated until all women of Africa enjoy equality, human... 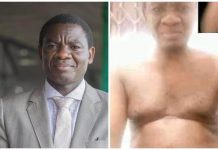