The President says the government is considering declaring a state of emergency.

A state of national disaster is currently in place in Malawi.

The country has a cumulative total of 9 027 coronavirus cases, and 235-related deaths.

The deaths followed a cabinet meeting and other gatherings attended by politicians over the Christmas period, but officials did not say where the officials were infected.

They were senior members of the Malawi Congress Party (MCP), the main partner in an alliance that unseated ex-leader Peter Mutharika in a second round election in June last year, delivering victory to Chakwera. Mia had been tipped as a possible successor to Chakwera.

All 31 of Malawi’s cabinet attended the meeting in the president’s oval office on December 21 and the following day it was reported that labour minister Ken Kandodo contracted the coronavirus. He has since recovered. Another minister, Rashid Gaffar, is self-isolating at home.

There were several gatherings, prayers, and a funeral in the country over the Christmas period which Chakwera and other officials attended, all of them broadcast on state TV.

“Malawi has lost a true patriot, a hard worker,” spokesperson Kazako said of Berekanyama, breaking down in tears on public radio as he reported the news.- Additional reporting by Reuters.

Chan 2021: Explosions next to Limbe stadium days before Tanzania fixture... 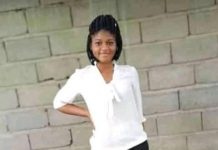 Trump says he is not involved in potential prosecution of Biden’s...